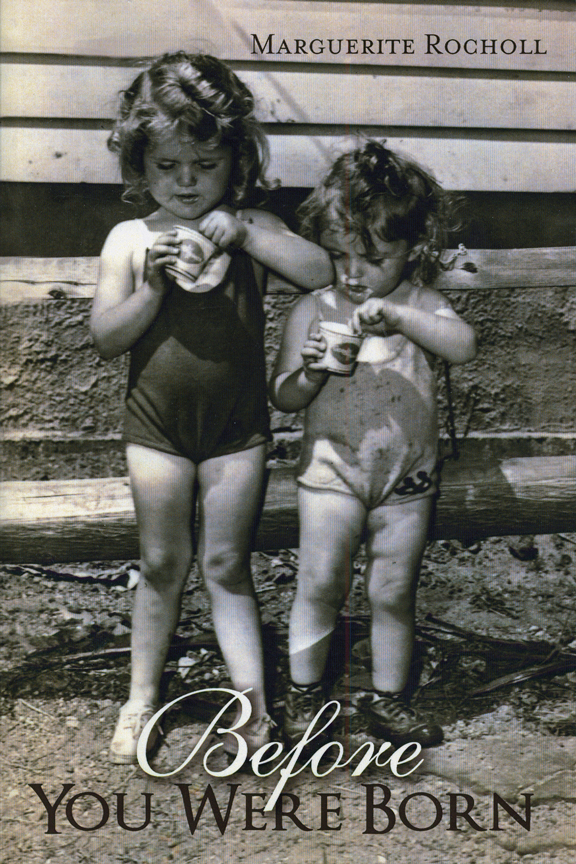 “Before You Were Born” is a 299-page love letter written by Marguerite Rocholl to her grown children.

It’s a family story of growing up in the 1950s in Broad Channel, the island community in Queens that sits between Howard Beach and the Rockaways. It’s the story about a time when family was the center of everyone’s life and daily living was less frantic. The Church played a big part in daily decisions. So, it’s only natural that St. Virgilius parish and school are center stage in the book.

A prominent protagonist of these pages is Marguerite’s father Ed Clarity, who was an award-winning New York Daily News photographer, whom the author simply refers to as Bud.

Rocholl writes lovingly about a simpler time in New York. The neighborhood was the world, and it included the parish school, the ice cream parlor, hardware store and the local street corner where young people congregated every evening.

Because this was Broad Channel, there also were the routine midnight dips in the canal, the constant threat of flooding when a storm arose and the annual Labor Day parade and Mardi Gras.

Having a daily newspaper photog as a dad had its benefits. Marguerite and her sister Roseanne at times became models and props. Oftentimes, their picture wound up in the pages of the next morning’s newspaper. There also was the opportunity to have a snap taken with their hero Roy Rogers, the King of the Cowboys, when he starred in the rodeo at the old Madison Square Garden. And receiving an autograph from Elvis Presley wasn’t a bad trophy either.

The book is laced with photos, many of Ed Clarity in action, whether it’s hanging off a light pole or out a helicopter to get just the right shot. He also gets to mug with Emmet Kelly, Jimmy Durante, Ed Sullivan and Kate Smith. Also reproduced is Clarity’s exclusive photograph of Pope Pius XII at the Vatican.

The Claritys were a typical Irish Catholic family, which means that someone had to enter religious life. We’re introduced to Marguerite’s aunt, Sister Joseph Brendan, C.S.J., who Fontbonne Hall graduates will remember from her teaching days. The photo of the nun on horseback is not to be missed.

The author’s remembrances of her schooldays at St. Virgilius are sharp, and she can still recite the names of her teachers, from Sister Estelle in first grade to Mrs. McGovern, the parish organist.

And what Catholic story would be complete without the obligatory mention of The Tablet and its Legion of Decency, which parents consulted to learn which movies to avoid and youngsters looked at for the B and C ratings!

“These are the memories of a very ordinary childhood,” writes Marguerite. “You might think that my thoughts would not be worthy of such a lengthy read but sometimes even an ordinary life can have some extraordinary days.”

If you have similar memories about summers on Rockaway Beach or a wedding reception in the Democratic Hall on Shad Creek Road, you will enjoy reading “Before You Were Born.” If you’ve grown up in Queens or Brooklyn, you will easily relate to this story. It belongs to Marguerite Rocholl, but it’s very much your story and mine.

The book is available on Amazon.com and Kindle.