Each year, we canvas a cross section of the diocese to find out what books they are reading this summer. The results of our poll (so far) are in:

Msgr. Joseph Calise
Pastor, Our Lady of Mount Carmel, Williamsburg
“The Spirituality of Imperfection,” by Ernest Kurtz
“Breathing Under Water,” by Richard Rohr
“The Road Not Taken,” by David Orr
“A Man Called Ove,” by Fredril Backman
“Preparation for the Next Life,” by Atticus Lish

Maria-Pia Negro Chin
Reporter, The Tablet
“Mercy in the City: How to Feed the Hungry, Give Drink to the Thirsty, Visit the Imprisoned, and Keep Your Day Job,” by Kerry Weber
“The Seven Storey Mountain,” by Thomas Merton
“Maya’s Notebook,” by Isabel Allende
“Remembering God’s Mercy: Redeem the Past and Free Yourself from Painful Memories,” by Dawn Eden
“Women of the Bible,” by Ann Spangler and Jean E. Syswerda

Laura DePalma
NET TV, Producer
“Harry Potter and the Cursed Child,” by J.K. Rowling (and John Tiffany and Jack Thorne)
“The Innocent Have Nothing to Fear,” by Stuart Stevens
“The Name of God Is Mercy,” by Pope Francis
“Underground Airlines,” by Ben H. Winters

“The Lilac Girls,” by Martha Hall Kelly
“Four Neapolitan Novels: My Brilliant Friend, The Story of A New Name, Those Who Leave and Those Who Stay, The Story of the Lost Child,” by Elena Ferrante
“Just Mercy,” by Bryan Stevenson
“Outliers,” by Malcolm Gladwell

“Unaccustomed Earth,” by  Jhumpa Lahiri
“The Human Age: The World Shaped By Us,” by Diane Ackerman
“Birding On Borrowed Time,” by  Phoebe Snetsinger
“The Chimp And The River: How AIDS Emerged,” by David Quammen
“Turn Right At Machu Picchu,” by Mark Adams

Father Joseph Fonti
President, Cathedral Prep and Seminary, Elmhurst
“The Pagoda and the Cross – The Life of Bishop Ford of Maryknoll,” by John Donovan, M.M.
“The Name of God Is Mercy,” by Pope Francis

“The Great Reformer: Francis and the Making of a Radical Pope,” by Austen Ivereigh
“Rediscover Jesus,” by Matthew Kelly
“The Tulip and the Pope: A Nun’ Story,” by Deborah Larsen
“From Socrates to Sartre: The Philosophical Quest,” by T. Z. Lavine
“Yankee for Life,” by Bobby Murcer

Spiritual Director, Cathedral Seminary House of Formation, Douglaston
“The Great Catholic Reformers: from  Gregory the Great to Dorothy Day,” by C. Colt Anderson
“The New Spiritual Exercises:   In the Spirit of Pierre Teilhard de Chardin,” by Louis M. Savary
“Abounding in Kindness:  Writings for the People of God,” by Sister Elizabeth A. Johnson

Father Robert Lauder
Philosophy Professor, St. John’s University, Jamaica
“The Abbey,” by James Martin, S.J.
“Lord of the World,” by Robert Hugh Benson
“The Dawn of All,” by Robert Hugh Benson
“Sacred Fire: A Vision for a Deeper Christian and Human,” by Ronald Rolheiser
“A Confederacy of Dunces,” by John Kennedy Toole
“God Within Us,” by Raoul Plus, S.J.

Jim Mancari
Sports Columnist, The Tablet
“How to Be Like Jackie Robinson,” by Pat Williams

Annemarie McLaughlin
Chair, Diocesan Pastoral Council
“An Introduction to New Testament Christology,” by Raymond E. Brown
“Seven Last Words: An Invitation to a Deeper Friendship with Jesus,” by James Martin, S.J.
“The Vatican Diaries: A Behind-the-Scenes Look at the Power, Personalities and Politics at the Heart of the Catholic Church,” by John Thavis
“We Are Not Ourselves,” by Matthew Thomas
“Room,” by Emma Donoghue
“Food: A Love Story,” by Jim Gaffigan

Ted Musco
Director, Diocesan School of Evangelization
“The Holy Year of Mercy,” by Pope Francis
“Francis: Pope of a New World,” by Andrea Tornielli
“Pope Francis Speaks to Families,” by the Word Among Us Press

Pastor, Our Lady of Mount Carmel, Astoria
“The Wright Brothers,” by David McCullough
“God So Loved the World,” by Robert Spitzer, S.J.
“He Spoke to Us,” by George Rutler
“Dove Descending: A Journey into Eliot’s ‘Four Quartets’,”  by Thomas Howard 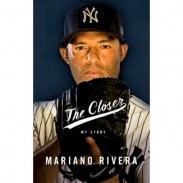 “Christian Spirituality for Seekers” and “Spirituality Searching for Theology,” by Roger Haight, S.J.
“The Closer,” by Mariano Rivera
“Hard Choices,” by Hillary Clinton

Father Ray Roden
Pastor, Our Lady of Sorrows, Corona
“Reclaiming Conversation: The Power of Talk in a Digital Age,” by Sherry Turkle
“Reflections on the Psalms,” by C.S. Lewis
“John Quincy Adams: Militant Spirit,” by James Traub
“Christ in Concrete,” by Pietro di Donato
“Church of Spies: The Pope’s Secret War Against Hitler,” by Mark Riebling

Tony Rossi
Director of Communications, The Christophers
“1984,” by George Orwell
“Saint Odd,” by Dean Koontz
“Jesus and the Jewish Roots of the Eucharist,” by Brant Pitre

Bishop Paul Sanchez
Auxiliary Bishop and Pastor, Our Lady Queen of Martyrs, Forest Hills
“The Name of God Is Mercy,” by Pope Francis
“A Traveler in Rome,” by H.W. Morton
“The Road to Character,” by David Brooks

Matthew Schiller
Business Manager, Catholic New York, and President of the Catholic Press Association
“Alexander Hamilton,” by Ron Chernow
“An Unlikely Union,” by Paul Moses
“Saint Katherine Drexel, Apostle to the Oppressed,” by Lou Baldwin
“Life Everlasting,” by J. Brian Bransfield
“Return: How to Draw Your Child Back to the Church,” by Brandon Vogt

Msgr. Peter I. Vaccari
Rector, St. Joseph’s Seminary, Yonkers
“Would You Baptize an Extraterrestrial?… And Other Questions from the Astronomer’s In-Box at the Vatican Observatory,” by Guy Consolmagno, SJ, and Paul Mueller, SJ.
“Revolution on the Hudson: New York City and the Hudson River Valley in the American War of Independence,” by George Daughan
“The Holy See and the Emergence of the Modern Middle East,” by Agnes de Dreuzy
“Playing to the Edge: American Intelligence in the Age of Terror ,” by Agnes de Dreuzy
“The Land, the Bible and History,” by Alain Marchadour, A.A. and David Neuhaus, S.J.
“Catholic Literary Giants,” by Joseph Pearce
“To Be One in Christ – Intercultural Formation and Ministry,” by Fernando Ortiz and Gerard McGlone, SJ

What Are You Reading This Summer?

This is a partial list of the responses to our summer reading list. If you would like to participate, send your summer reading titles and authors via email to ewilkinson@desalesmedia.org and they will appear in a future edition of The Tablet.

Books the Diocese Is Reading This Summer: Part 2