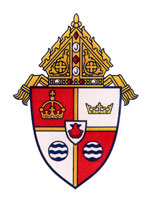 Dear Brothers and Sisters in Christ,

The New York Daily News has published an article in last Tuesday’s paper claiming that I attempted to bribe an elected official several years ago in order to advance the political agenda of the Catholic Church.

I want you to know that this very serious accusation against me is patently false.

This is the latest and perhaps most offensive in a series of irresponsible and inaccurate reports published by the Daily News.

Assembly Member Marge Markey told the Daily News that in a meeting in 2010 I offered her $5,000 to drop her push to reform New York State’s statute of limitations for crimes of sexual abuse against minors. The meeting Ms. Markey is referring to actually took place in 2007. It took place at our former Chancery located at 75 Greene Avenue, not Bishop Ford High School as she claimed. Present in that meeting was myself, Assembly Member Markey, Monsignor Kieran Harrington, Assembly Member Joseph Lentol, Assembly Member Vito Lopez, Richard Barnes who is executive director of the NYS Catholic Conference, and Sister Ellen Patricia Finn, O.P., who at the time was the Victim’s Assistance Coordinator for the Diocese of Brooklyn.

The meeting was arranged to discuss policy implications of Ms. Markey’s proposed legislation. Immediately following this broader meeting, I met separately with Assembly Member Markey and Sister Ellen Patricia to discuss a matter deeply personal to Ms. Markey. In that meeting I spoke of the counseling services and support the Church offers to victims of abuse without any conditions. There was absolutely no offer of money nor a quid pro quo. While the Daily News failed its ethical responsibility to contact Sister Ellen Patricia and to otherwise fact-check this story before printing it, Sister Ellen Patricia provided our diocesan lawyer with a statement. Her recollection supports my memory.

Sister Ellen Patricia is no longer employed by the Diocese of Brooklyn, nor under the authority of the Bishop. She is a dedicated victim’s advocate. She has no reason to support my story other than a commitment to the truth. Sister Ellen Patricia, the only other person present in that meeting nine years ago, remembers the conversation just as I do; there was absolutely no offer of money made.

The Daily News chose to put one person’s unsubstantiated accusation on its front page, putting the sale of newspapers, and the political agenda of its editors above journalistic integrity. In doing so they have impugned my character and slandered my name as Bishop of the Diocese of Brooklyn.

I have written a letter to Ms. Markey demanding a retraction of her false and defamatory charge of bribery.

Ironically, by turning a conversation from 9 years ago into front page “news,” the New York Daily News demonstrates why statutes of limitations exist in our justice system. Memories fade, witnesses die, and evidence gets lost.

As Bishop of the Diocese, I take these matters very seriously. My concern is for the souls of those who have suffered from abuse. Without any condition, counseling and support services are offered. I would never refuse to meet with anyone who comes forward with an allegation of abuse, if they wish to meet with me, along with the Victim’s Assistance Coordinator.

Asking for your prayers for our Diocese and for me during this challenging time, as I remember you in mine, I am