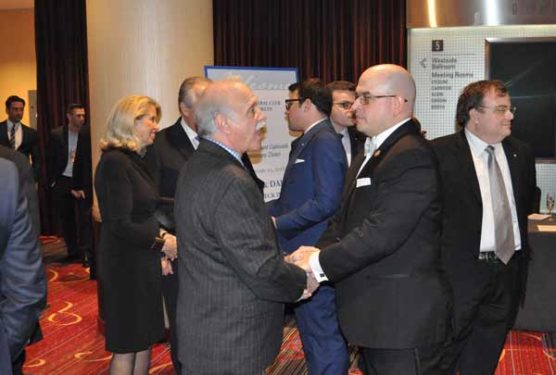 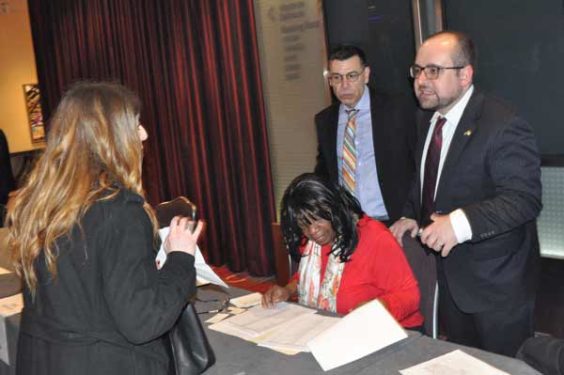 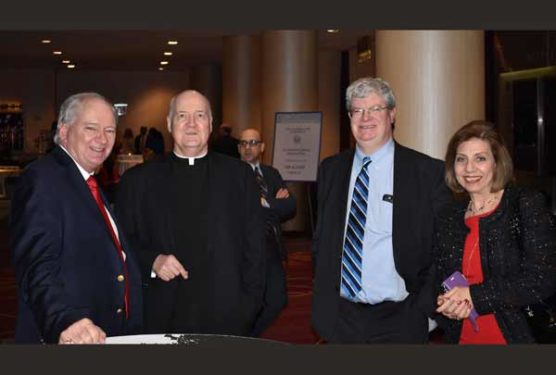 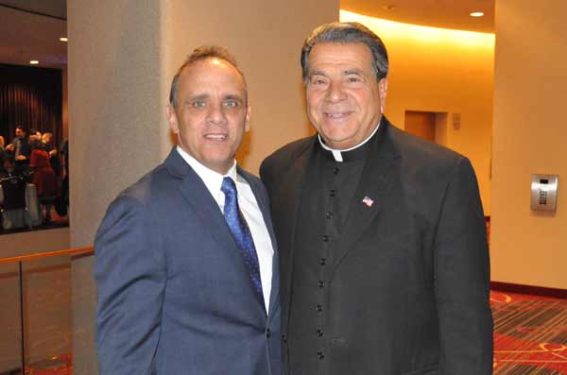 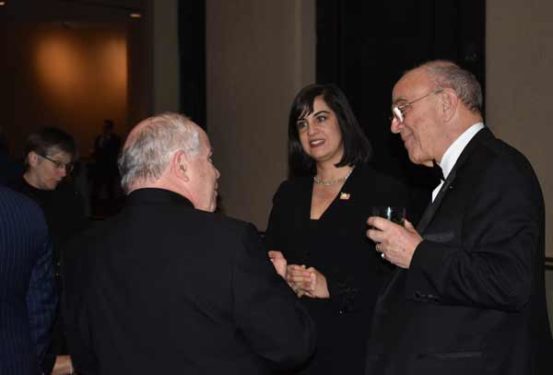 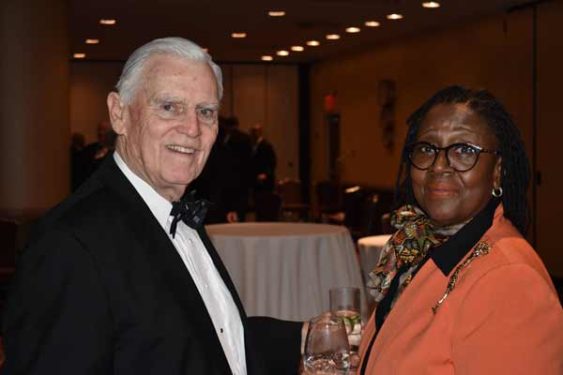 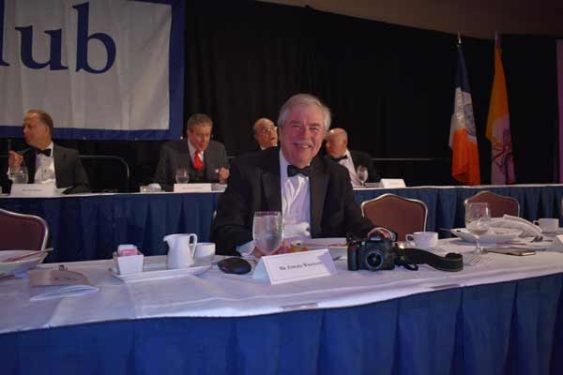 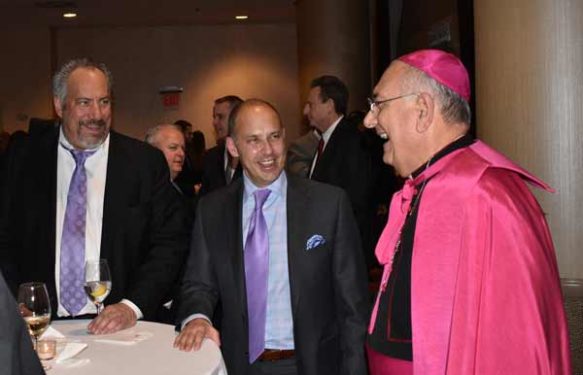 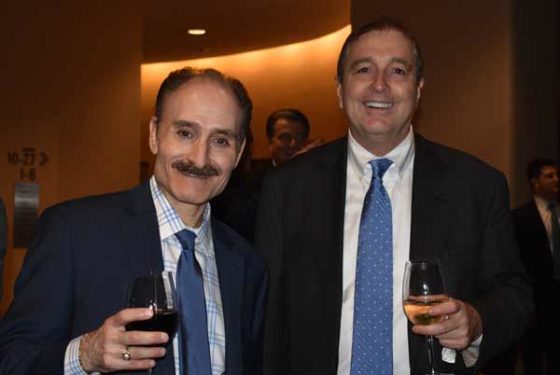 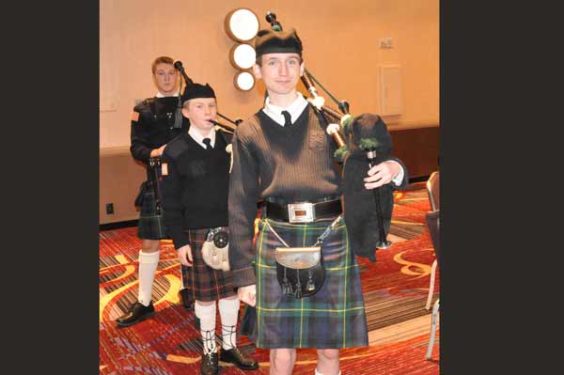 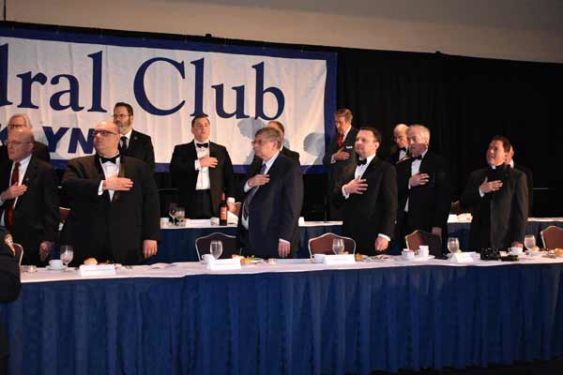 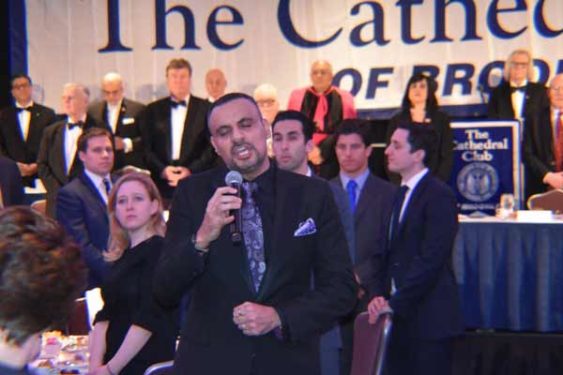 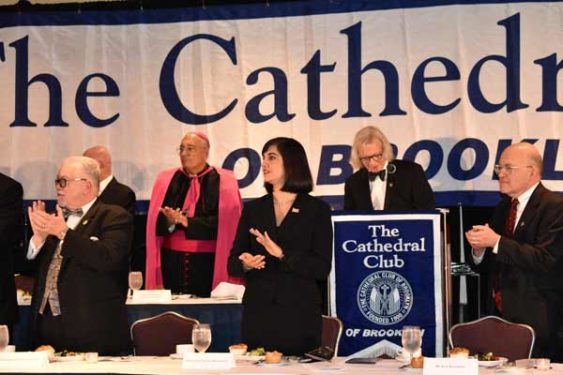 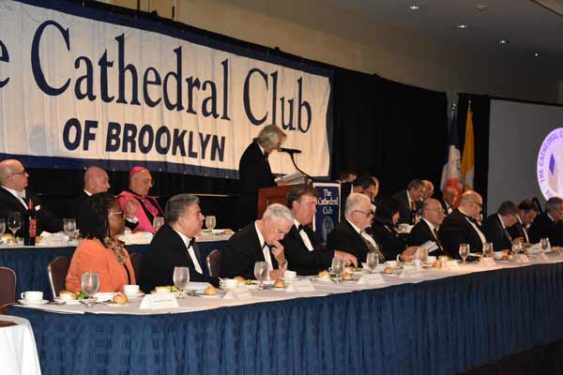 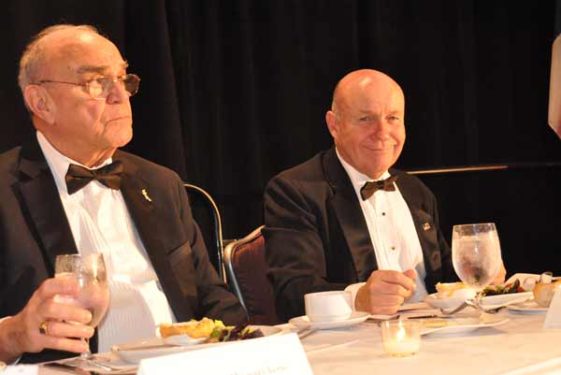 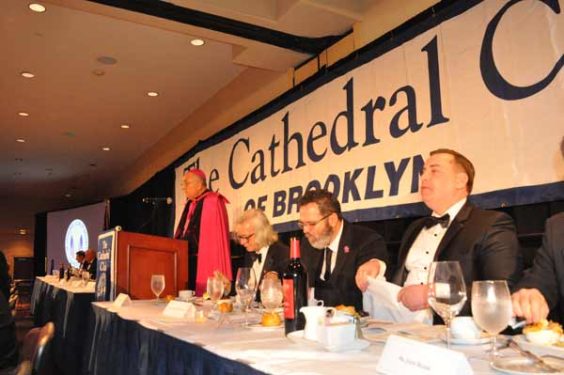 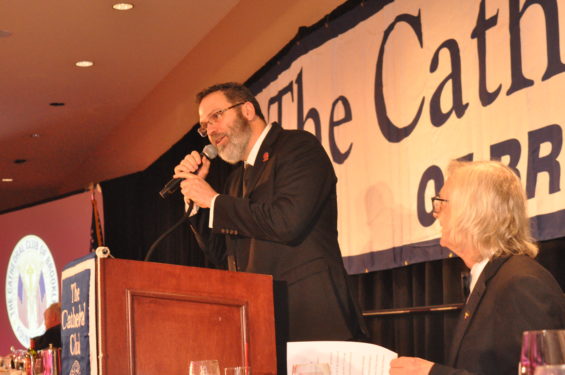 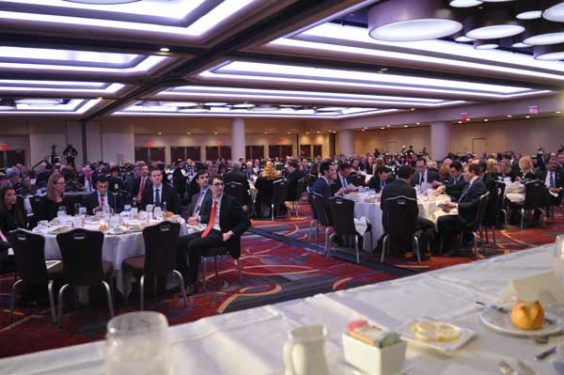 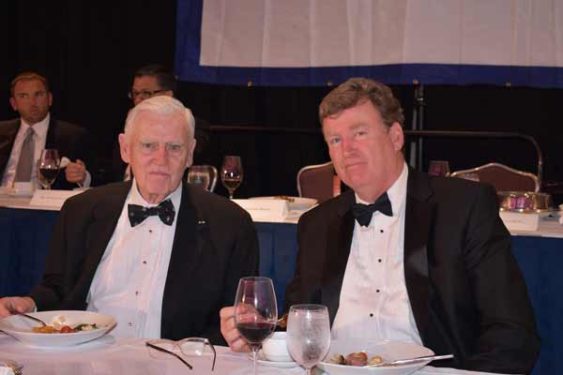 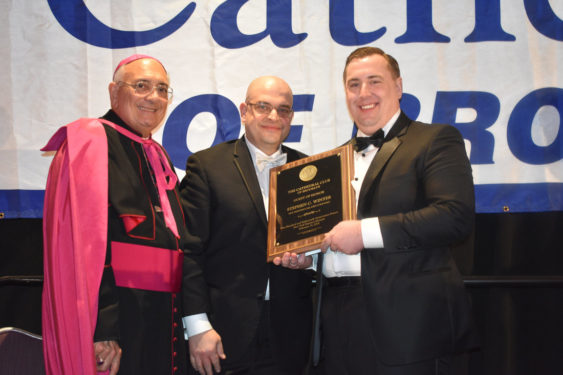 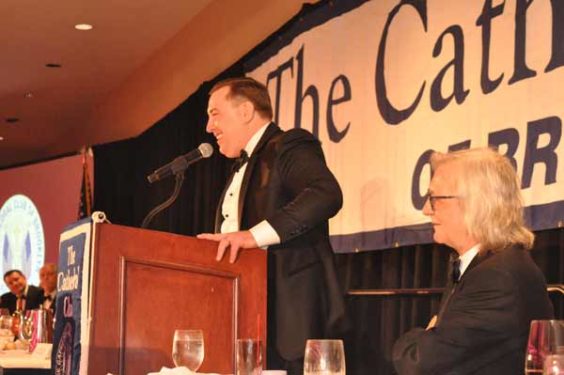 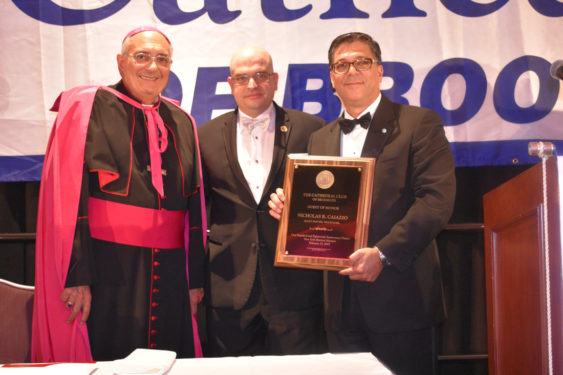 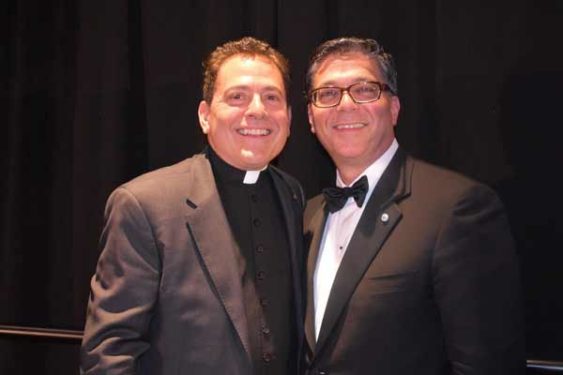 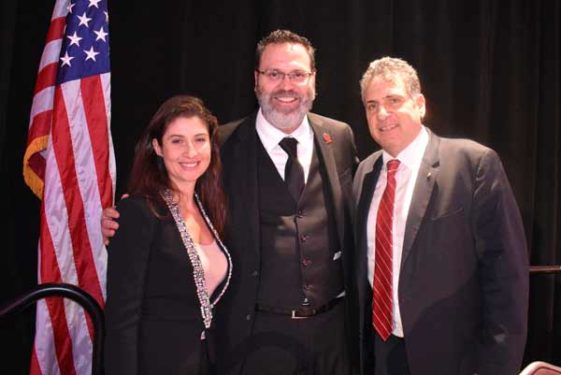 Finding a just solution for the so-called Dreamer-immigrants in the United States must be part of a larger reform of immigration policy in the country, said Bishop Nicholas DiMarzio.

“Should Congress and the President achieve a bipartisan solution to help the Dreamers – which could include funding for strategic border enhancements short of a wall – it would clear a path to, and provide momentum for, more comprehensive reform, which is badly needed to repair our broken immigration system,” said Bishop DiMarzio as he addressed the 118th annual Anniversary Dinner of The Cathedral Club of Brooklyn Feb. 15.

But, the bishop warned that tying the fate of the young people, known as Dreamers, to eliminating the family immigration system is wrong and destructive. He also questioned whether the billions requested for the building of a wall is justified.

“Comprehensive reform takes time,” said Bishop DiMarzio. “It is unrealistic to believe Congress can come up with bipartisan legislation solving all of the complex and controversial immigration issues facing our nation in such a short time. Dramatic reforms should be made deliberately, with input from all stakeholders, and not be tied to the immediate fate of a vulnerable population.”

The bishop pointed out that Dreamers were brought to this country as children and for most of them it is the only home they know.

“If these young people are forced to live under the constant fear of deportation and not given a secure path to citizenship, it would severely weaken the values – fairness, opportunity and freedom – that have made our nation great,” said Bishop DiMarzio.

He urged the more than 500 people gathered at the Marriott Marquis in Manhattan to research the stories of their own families to rediscover their immigrant origins. He recalled stories of his own paternal grandfather, who came to Newark, N.J., in 1913 as an unaccompanied minor.

“He had no money to buy a coat, so he would put newspapers under his jacket to protect him from the cold,” said the bishop.

“I ask you to think hard about your immigrant roots and recognize that our immigrant society, especially all of us here in New York City who stand in the shadow of the Statue of Liberty, must preserve a society that is open to the world, and not closed behind walls of our own making.”

He recalled that on Sunday mornings, there was no need to set an alarm clock. Instead, he would awaken to the smells of his mother cooking meatballs and sauce.

Caiazzo attended Most Precious Blood School, Bath Beach; Xaverian H.S., Bay Ridge; NYU; and St. John’s University’s Law School. A Knight of the Holy Sepulchre and member of the Order of St. George, he serves as a member of the board of Cristo Rey Brooklyn H.S., East Flatbush.

Winter, who was raised in Marine Park, said he split his time among St. Columba, Good Shepherd and St. Thomas Aquinas parishes. He attended Xavier H.S., Manhattan, and Sacred Heart University, Bridgeport, Conn. He serves on the board of Xavier H.S.

The keynote speaker, Dr. Miguel Martinez-Saenz, the new president of St. Francis College, Brooklyn Heights, is the son of immigrants from Cuba.

Referring to the parable of the Good Samaritan, he said, “There is never enough mercy and love in the world.”

“We aspire to create conditions where all people can live dignified lives,” said Dr. Martinez-Saenz.

When confronting a person in need, he said people should ask themselves, “If I don’t stop to help them, what will happen to them.

Antonio Biondi, a Queens native who served the past year as president of the Cathedral Club, said that its members base their lives on three important things – faith, family and friends.

During the dinner, a video was shown explaining the club’s scholarship fund that assists students in Catholic schools.

One thought on “Bishop Calls for Immigration Reform”