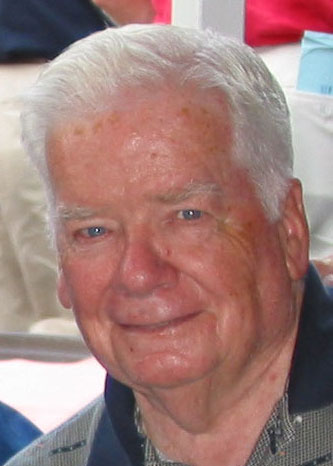 When news about the death of Bernie Beglane reached us, it was not a surprise. Bernie had been in failing health for the past couple years while members of his family cared for him at his Hampton Bays, L.I., home. He was 88 years old when he died at home on Wednesday, Aug. 19.

Bernie, a longtime local sportswriter, finished his illustrious career by writing a weekly column for The Tablet from September, 2000 to September, 2010. He brought with him a long legacy of quality work, beginning in 1952 when he joined the staff of the Long Island Star Journal and then the Long Island Press, until it closed in 1977. He also freelanced for the Associated Press for almost 60 years.

As if that wasn’t enough to keep him busy, he was the father of the athletic administration program at St. John’s University, Jamaica, where he used his myriad connections to place students in career jobs.

This past week, the St. John’s website has been filled with thank yous from former students who told of favors that Dean Beglane did for them – placing them in internships, facilitating job interviews and providing career counseling.

When The Tablet held several journalism workshops on the St. John’s campus, Bernie offered to conduct the sportswriting workshop. One year, he wowed those in attendance by bringing his good friend and Red Storm basketball coach, Lou Carnesecca, into the classroom for a mock interview.

It can also be told now that the friendship that developed between the late Auxiliary Bishop Ignatius Catanello and New York Mets’ Mike Piazza came about through an introduction by Bernie. The bishop had read in the newspaper that Mike prayed the Rosary. So, he asked Bernie if he could arrange to meet the perennial all-star and it was the beginning of a great friendship.

Bernie was born and raised in St. Teresa’s parish, Woodside, where he was involved in the sports program. He attended the parish grammar school, and St. Agnes H.S., Manhattan. He went on to graduate from Fairfield University, Fairfield, Conn., with a communications degree that launched him on his lifetime career that included covering both the 1972 Munich Olympics and the 1976 Games in Montreal.

He became a fixture at the press desk at Madison Square Garden and St. John’s Alumni Hall. Everyone knew Bernie, from the coaches and the referees, to the fans and his colleagues in the press.

He and his wife, Kitty, were married for 49 years before her death in 2006, an event that broke his heart. He only was able to keep going because of the love of their three sons, Edward, Brian and Terry, and one daughter, Bernadette.

Bernie was a man who was always close to the Church, whether it was the Vincentians at St. John’s or his most recent parish community of St. Rosalie, Hampton Bays, where he used his professional credentials to assist with the parish magazine.

Six priests, including close friends, Msgrs. David Cassato and Jamie Gigantiello, were on the altar for the funeral Mass celebrated at St. Rosalie Church. Burial was in the national cemetery at Calverton, L.I.