LATROBE, Pa. (CNS) – Ask Pittsburgh Steelers’ chairman Dan Rooney why his football team has been training at St. Vincent College since 1966, and he says that the campus has the right facilities, it’s close to Pittsburgh and “for many reasons, it works well.”

Then he adds with a laugh, “and it helps that it’s the Benedictines.”

For the past 48 preseasons, the college and archabbey have welcomed the six-time Super Bowl winners with the spirit of hospitality written in the Rule of St. Benedict.

“Chapter 53 talks about welcoming guests and reminds us that every guest should be welcomed as Christ himself,” Benedictine Archabbott Douglas Nowicki said.

At this time of year – it’s a three-week camp, ending Aug. 17 – that’s tens of thousands of guests from the solid fan-base in Pittsburgh 40 miles west, and from all over the U.S. On the busiest days, some 5,000 vehicles overflow from the parking lots into the grassy fields.

To the east, the Laurel Highlands break the big sky with rolling hills, one of the reasons that a Sports Illustrated writer once called St. Vincent “the most picturesque camp” in the league. But that’s not all that sets this apart from other NFL summer camps. There’s definitely a Catholic presence.

“One of the most outstanding things that you see is the basilica’s steeples,” Archabbot Nowicki said. “It’s in all the Steelers’ pictures.” 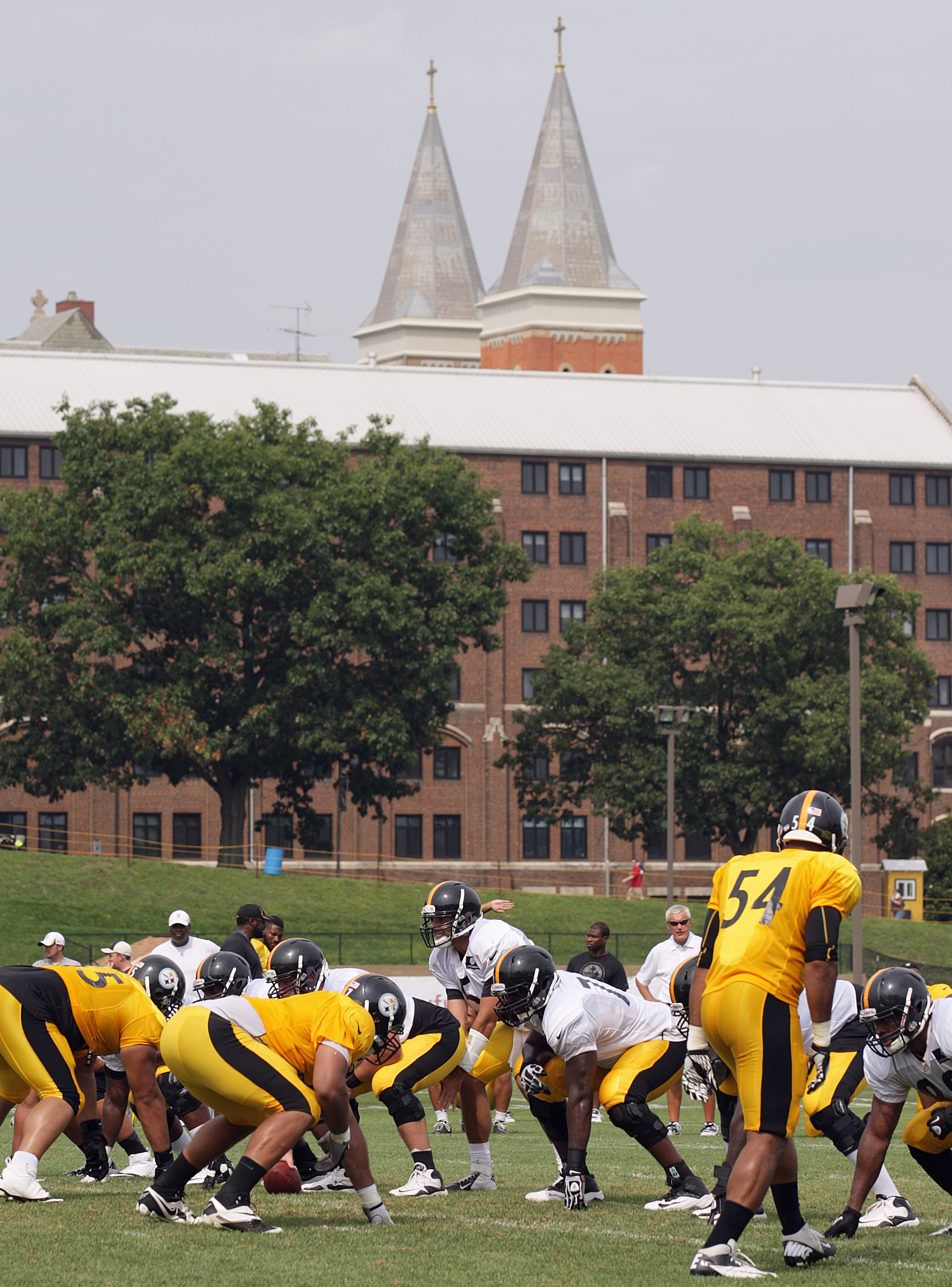 That side of the campus was built by the original monks who in 1846 arrived with Abbot Boniface Wimmer to establish the first Benedictine monastery in the U.S., and a school for immigrants. From there, monks set out to found more schools and monasteries.

“The Benedictine communities for the last 1,500 years thrived on being participants in communities,” said Benedictine Father Paul Taylor, executive vice president of the college. “We have a place where people come and we are good neighbors, and our reach goes around the world in the Benedictine network. So for the Steelers to be partners with us and to be here helps us to do what we try to do best – that is, to welcome people.”

The friendship between St. Vincent and the Steelers began in the early 1900s when Art Rooney Sr., a student and athlete at Duquesne University Prep School in Pittsburgh, came to campus to play against St. Vincent Prep School’s football team.  He also came for retreats.

Art Sr. founded the Steelers franchise in 1933 and became its legendary “Chief.” His brother Dan was Father Silas Rooney, a Franciscan who once served at a St. Vincent mission in China.

The team has been in the family from the beginning, and the Steelers hold the league distinction of having only three head coaches since 1969. So it’s more than a cheer when fans chant: “We are fam-i-ly!”

“The Rooneys are known for three things: faith, family and football,” Archabbot Nowicki said. “Art Sr. went to Mass every day and so does his son Dan. That has certainly been part of their upbringing in strong Irish Catholic families, and it’s very much who they are and their identities. The importance of faith, family and football permeates the entire organization.” 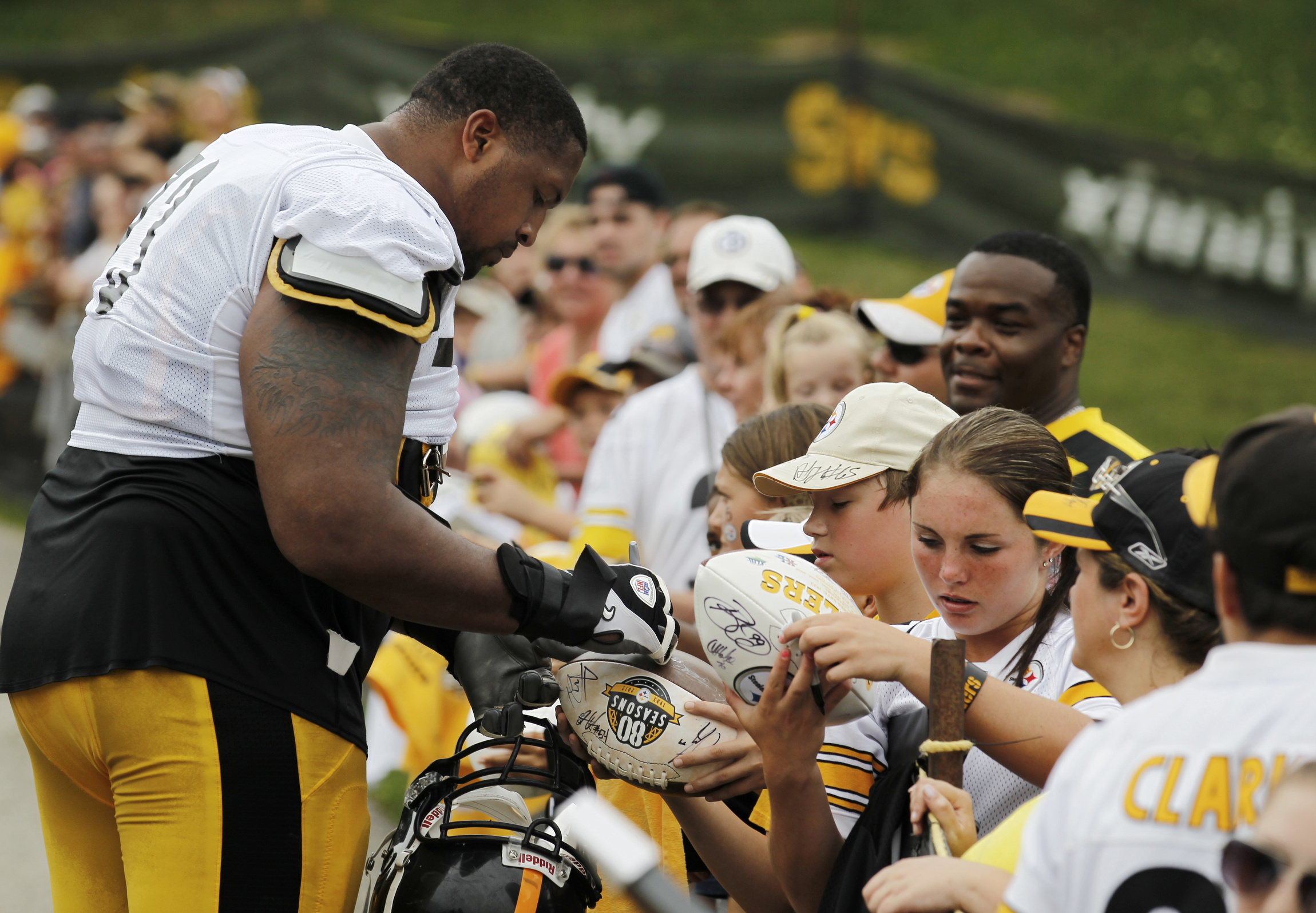 The team has chaplains, and Father Taylor, who works with the team development office, is invited as a friend and for the Catholic perspective. Some players attend Mass at the chapel and basilica, others have their own faith services, and quiet places on campus invite them all.

“The value of faith is very important, just like the value of physical development,” he said. “It’s one of the pieces of being a whole person. Today’s athlete can live out the writings of St. Paul when he says you are an athlete for Christ, run the race to win, and the winner gets the crown. When you see athletes today working so hard to achieve victory, you can take the same model and apply it to our faith life. Walking the journey of life faithfully to God is hard work. It’s hard work to be a Christian, but the work pays off.”

Jerry Olsavsky, a Catholic, who is the Steelers’ defensive assistant coach and a former player, said that coming to Latrobe for camp “for the past 24 years has really made me who I am.”

“That’s the unexpected result of being here at St. Vincent, you feel whole,” he said. “I’m not just a football coach and I’m not just a Catholic. It lets me be one person and wraps me all together, all of those different sides of me.”

He frequently goes to morning Mass with the Benedictine monks, and when his family is at the camp, they attend Mass with him. He says it grounds him and permits him to function as a coach with more humanity and focus. 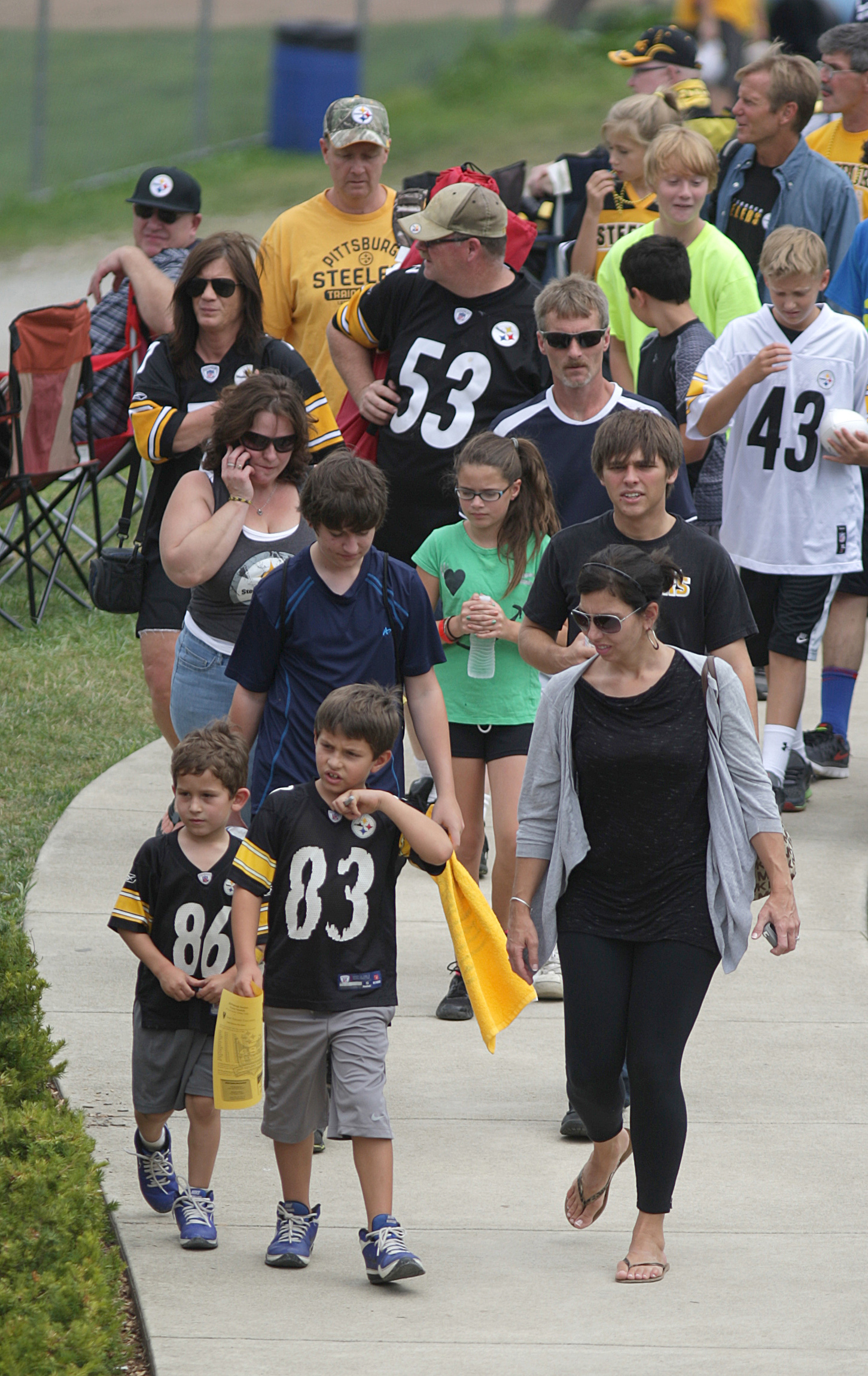 Offensive lineman Ramon Foster is not Catholic, but he said being at St. Vincent has deepened his spirituality. He also has formed friendships with the monks. Those influences have helped him become a better husband and father, he said. “Just being here gives you a humbleness. There is nothing but growth from this whole situation.”

In the spirit of St. Benedict, there’s no admission charge to watch the Steelers practice at scheduled times. That’s hospitality.

“This gives many people, particularly families and youngsters, the opportunity to see the Steelers close up when they might not otherwise be able to see them,” Archabbot Nowicki said. “That’s the welcome they receive here on campus, and that’s a commitment from the Steeler organization and St. Vincent to make this a positive experience.”

In February, he will be taking a black and gold Steelers Terrible Towel and autographed football to Rome and will present them to Pope Francis, whose love of faith and family has become known to all.

“We don’t know how he feels about football,” Archabbot Nowicki said, “but we’ll find out