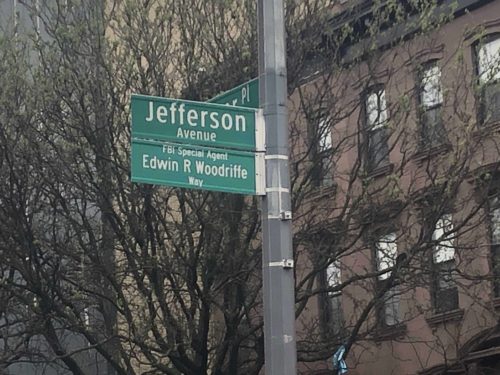 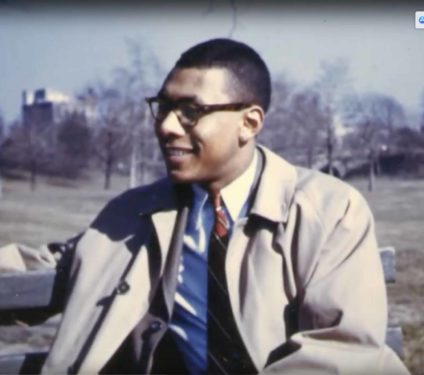 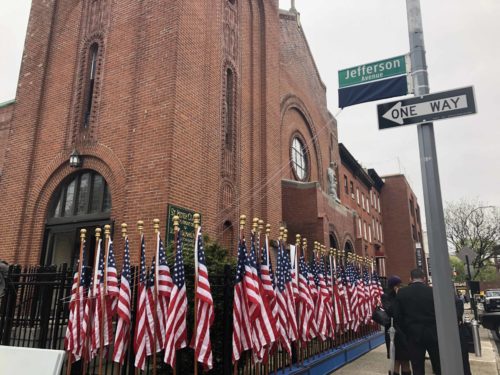 In 1969, Woodriffe was shot and killed while on the job. He was the first African American FBI agent murdered in the line of duty. He was only 27 years old when he died. His daughter, Lee Ann Woodriffe, wanted her father to be honored in his Brooklyn neighborhood.

She chose Jefferson Ave. as the home for her father’s street sign because that was the location of the place he held dear to his heart – St. Peter Claver Church.

“And so this church here is where he was an altar boy,” Lee Ann told the media on the day of the street-renaming ceremony. “He went to school right here, he was married here, his first-born was baptized here, his funeral was here, he was eulogized here.”

She continued, “so I said this is the fitting corner, this is the street out of any other place in New York.”

Getting a street renamed is a timely, somewhat challenging process. In addition to government red-tape, the Woodriffe family also faced criticism from supporters who wanted the street sign to be renamed after a Brooklyn radical activist, Jitu Weusi, who has been accused of being anti-Catholic.

Yet after two and a half years of hard work and patience, Lee Ann Woodriffe’s dreams finally became a reality.

“This is a day to really hold up a great New Yorker and a member of our Catholic community,” Bishop Massa said.

Father Cox, the pastor of St. Martin de Porres, in which St. Peter Claver serves as one of the merged-parish’s worship sites, said that “the Woodriffe family considers this place their home, so it’s really such a beautiful day.”

The sign will now stand as a reminder of Woodriffe – his success, his faith and the ultimate sacrifice of his life.