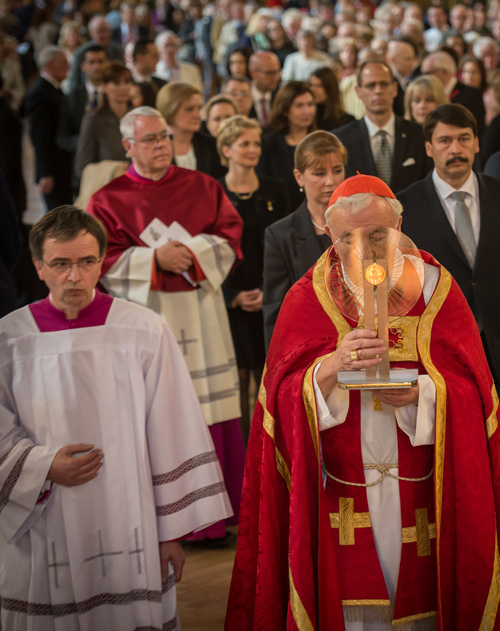 Cardinal Vincent Nichols of Westminster, England, carries a reliquary containing what is believed to be a bone fragment of St. Thomas Becket during a Mass at Westminster Cathedral in London May 23. The relic of St. Thomas, murdered in Canterbury Cathedral in 1170, was brought to England from Hungary, where it has been kept since the 13th century. It will be displayed in several churches around London before being returned to Hungary. Hungarian President Janos Ader and his wife, Anita Herczegh, are pictured behind Cardinal Nichols. (Photo © Catholic News Service, Marcin Mazur)