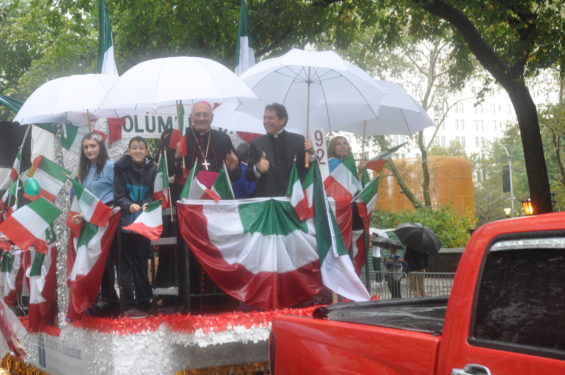 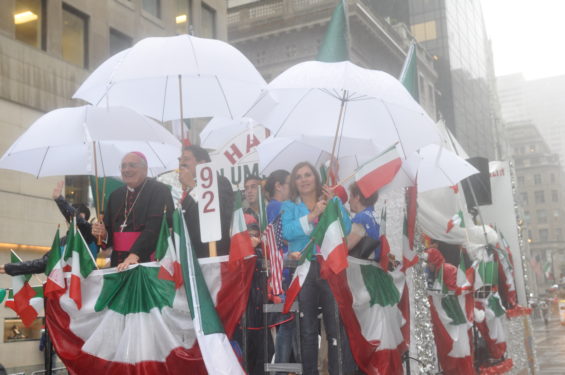 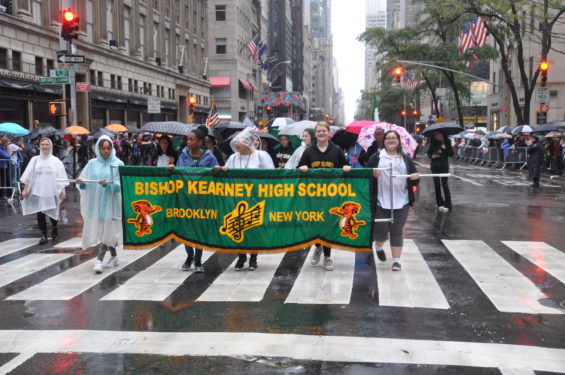 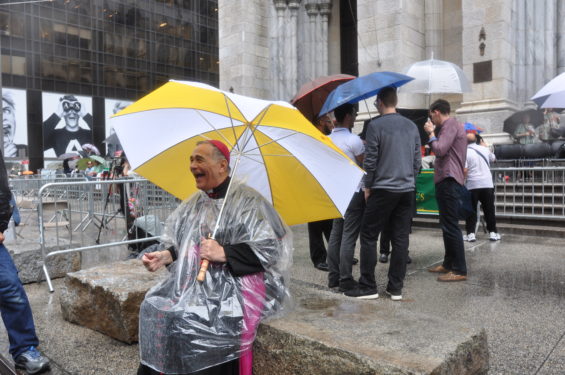 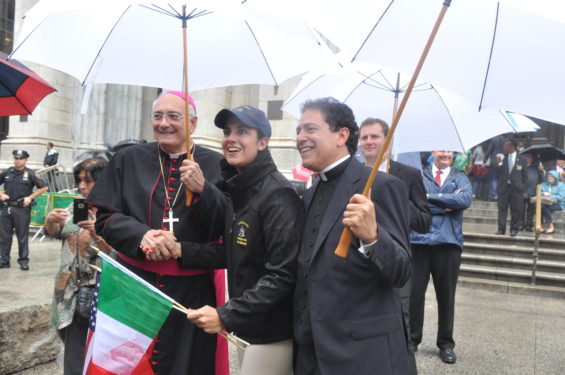 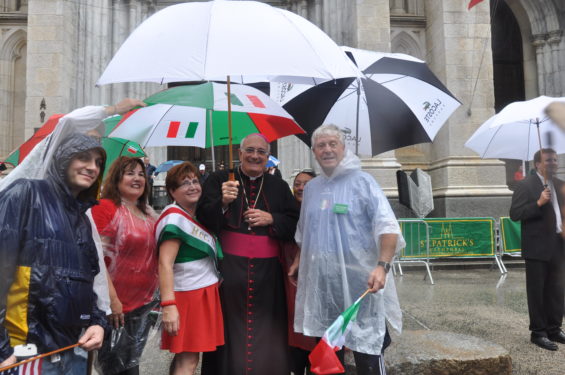 Looming high over New York’s Columbus Circle is a marble statue of the circle’s namesake built in 1892 to celebrate the 400th anniversary of Christopher Columbus’ landing in the new world.

In 2012, it was the subject of a major public art exhibition, “Discovering Columbus,” by Japanese artist Tatzu Nishi. For a limited period, visitors could climb temporarily installed steps to reach the statue 75 feet above ground and view it up close-in a fully furnished contemporary living room designed to encompass the statue.

The artist’s stated goal was to provide an intimate look at the statue and for a few months it was one of the hottest tickets in town with visitors queuing for hours for the rare chance to stand almost face to face with the famed navigator.

Today, however, the very statue that only a few years ago was in vogue is now under serious scrutiny, and a growing campaign is being mounted to remove it.

In August, New York Mayor Bill de Blasio announced he would be forming a committee to consider the future of the statue and others similar to it.

“We’ll put together a group of people; they will listen to ideas and concerns of their fellow New Yorkers; they will determine a set of criteria by which we will consider these different monuments on city-owned land and make proposals to me about how to handle the specific situations,” the mayor said in his announcement.

The committee was set to hold its first meeting last Tuesday, the day after Columbus Day, and will have 90 days to submit its non-binding proposals to the mayor, who will then make an executive decision.

Meanwhile, de Blasio, who is an Italian-American and a regular participant in the city’s annual Columbus Day parade, was not invited by the parade’s organizers in the Bronx this year.

Christopher Columbus, who in 1492 landed in the Americas, is hailed by many Catholics and Italians as a hero, while derided by others as a brutal colonizer of the native inhabitants. In 1937, Columbus Day was established as a national holiday, yet since the 1970s, there has been active resistance to a holiday honoring the Columbus legacy.

To date, there are at least 45 cities in the United States that have voted to no longer celebrate the Columbus holiday, either by removing it all together or changing the name. In August, Los Angeles became the biggest city in the United States to follow suit and change the name to Indigenous Peoples’ Day.

Seventy-six percent believe that “Columbus and other historical figures should be judged by the standards of conduct of their own lifetimes, as opposed to modern standards.”

The Marist polling was funded by the Knights of Columbus.

The deadly events of Charlottesville, Va., in August, where a young woman was killed by white supremacists protesting the removal of a confederate statue, have sparked a national conversation on statues and monuments.

According to Jennifer Braceras, “Charlottesville has contributed to a heightened scrutiny of Columbus, and unfairly, because you can make an argument that the men who fought for the confederacy, took up arms against the United States of America, and therefore they don’t deserve to have statues on public property.”

“That is not what we’re talking about with Columbus,” Braceras told The Tablet.

Braceras, who is a previous commissioner on the United States Commission on Civil Rights, said, “Well-intentioned people are only getting one side of the story and it’s a very biased view, and frankly, an anti-historic view of Columbus.”

Meanwhile, Gail Collins, a New York Times columnist recently wrote in support of removing the famed New York statue and offered a counter-proposal of honoring another Italian-born Catholic immigrant instead.

“There are so many actual Italian-Americans we can celebrate. What about Mother Cabrini? Mother Cabrini was a great humanitarian who established orphanages and schools for the poor all around the world. And she lived on this continent,” she wrote.

Braceras believes “anti-Columbus forces are starting to win the debate, mainly because well-intentioned people want to be tolerant and if they’re told this is offensive to one group or another, the natural human inclination is to say ‘Oh, I’m sorry, how can we not offend.’”

Ken Latham, the New York State Deputy of the Knights of Columbus, told The Tablet that American Catholics in particular should be more active in defending the legacy of Columbus.

“Columbus was responsible for bringing Catholicism to North America. He’s the one who brought the cross to the United States,” said Latham.

“Everyone is trying to rewrite or erase history. Never have we said that we’re a perfect society… but people are trying to judge someone who lived 500 years ago by today’s standards,” Latham said.

“None of that is to say bad things didn’t happen when two cultures clashed,” said Braceras. “Yes, there were some Spaniards who committed atrocities against the native people, as the Dutch and English settlers committed against the natives… we’re talking about the 15th century, which was an era of brutality.”

Yet, at an August City Council hearing in Los Angeles, City Councilman Mike Bonin, who is a great-grandson of Italian immigrants, said he would be voting for the renaming of the holiday because it has cast a shadow over their legacy.

“I’ve thought about my ancestors and their history. And to me, celebrating Columbus Day does not honor their story and their struggle and their history; it insults it, and it besmirches it. They came here to build something, not to destroy something,” he said.

Braceras disagrees and told The Tablet that the legacy of Columbus is essential to the majority of Italian Americans in this country.

“Columbus is the person who is most responsible for the society we are living in today.”

One thought on “Americans Not Quite Ready To Say Goodbye Columbus”