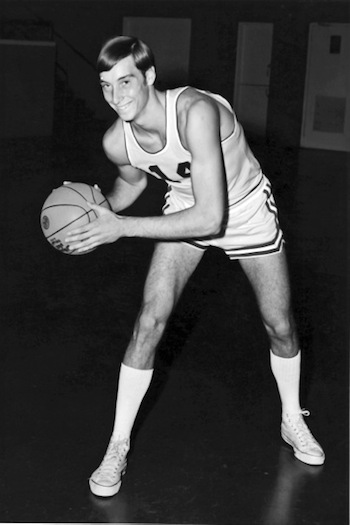 He starred on the school’s basketball team from 1971 to 1975. During his senior season, he averaged 20.2 pts. per game. He currently is eighth in program history in points and 11th in rebounds.

Before entering the seminary at the Pontifical North American College in Rome in 1987, he played professional basketball all over the world. His career began with the Scranton Apollos of the Eastern Basketball Association, and he then played in Beligum, Lithuania, Washington, D.C., the Philippines and Israel.

He was ordained a priest for the Diocese of Brooklyn in 1993. He has devoted his leadership skills, athletic ability and team spirit to his current role serving Catholic Air Force families.