As we look back on the major sports happenings of 2021, it was a year highlighted by returns, milestones, special achievements, and one long-awaited Hall of Fame enshrinement. 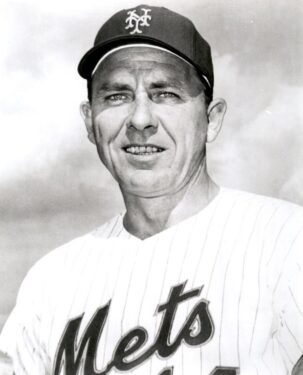 It’s tough to believe that the COVID-19 pandemic has continued to have its effect on our diocesan sports scene for the better part of two years. Yet at least this year, we saw somewhat of a return to the local sports we love – albeit still with important safety parameters in place.

Starting with the Catholic Youth Organization (CYO), a free-throw contest in mid-February marked the first sanctioned CYO event in nearly a year. CYO also held special regional Masses to coincide with the contest.

The spring saw a return of the outdoor CYO sports, including boys’ and girls’ soccer and flag football. Indoor sports – mainly basketball – began returning this fall on a parish-by-parish basis.

Though basketball never experienced a full season, both the boys’ and girls’ leagues took a unique approach to ensure their student-athletes could still play, once indoor sports in Westchester and Long Island were approved to return. The boys’ teams played in a tournament at Archbishop Stepinac H.S., White Plains, N.Y., while the girls returned to action for a tournament hosted at Island Garden, West Hempstead, L.I.

Meanwhile, high school volleyball, baseball, softball, and lacrosse all resumed in some capacity in the spring. The fall saw as close to a full return as possible, with all sports taking place in their normal seasons. 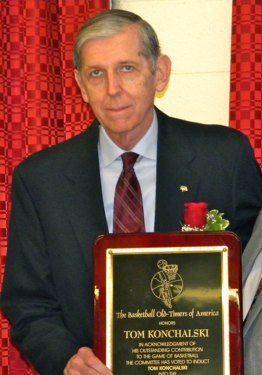 This fall also marked the 50th anniversary of the GCHSAA. As part of the festivities, the league is planning a special “Pink Day” weekend in February 2022 in which former varsity and junior varsity girls’ basketball players will be welcomed back to their alma maters to speak between games. In April, the GCHSAA is set to induct its 2020 Hall of Fame class after the ceremony was postponed last year due to the pandemic.

Before we dive into the other main highlights of the year in sports, we take the time to remember the sports giants we lost. On the local level, the high school basketball scene was devastated to hear of the loss of longtime scout and gentleman Tom Konchalski in February.

“Few people in this world that you meet will be like Tom Konchalski,” said CHSAA President Ray Nash. “He was the consummate Catholic educator and was an incredible role model to everybody, students and adults alike. He’s probably the only guy I’ve ever met in my life that I’ve never heard anybody say anything bad about, and I know a lot of people.”

A daily communicant, Konchalski produced the High School Basketball Illustrated newsletter, which served as a valuable resource to more than 200 college basketball coaches nationwide — given its detailed analysis of high school student-athletes up and down the East Coast. A scholarship in his name has been established at his alma mater, Archbishop Molloy H.S., Briarwood.

The sports world also lost Catholic convert and notable MLB slugger Hank Aaron, the 1957 Tablet Catholic Player of the Year and NBA legend Elgin Baylor, Hall of Fame manager and lifelong Catholic Tommy Lasorda, Heisman Trophy keeper and parishioner at Our Lady of Angels, Bay Ridge, Rudy Riska, and Don Hurley, affectionately known as the “Smiling Irishman of the CHSAA” who was a regular at league events and games.

This year also saw two notable retirements. Jim Hurt, who coached track and field at St. John’s University, Jamaica, for 39 years and Charlie O’Donnell, a longtime CHSAA administrator, have called it a career – though O’Donnell is staying on a special advisor to the president.

Speaking of St. John’s, Greg “Shoes” Vetrone, a CYO product of St. Sebastian, Woodside, is back in Queens as an assistant men’s basketball coach for the Johnnies. St. John’s also honored a living legend – soon-to-be 97-year-old coach Lou Carnesecca – with a statue in the lobby of the on-campus arena that bears his name.

So what else happened in 2021? Well, we enjoyed the Summer Olympic Games in Tokyo after they were postponed from 2020. Not only did the NYC Marathon return from a year off, but it also marked the race’s triumphant 50th anniversary.

Our beloved Brooklyn Cyclones celebrated their 20th season, and it was a special treat to see Jaylen Palmer, a Brooklyn native and graduate of Holy Cross H.S., Flushing, suit up for the team. This year was also the 20th anniversary of Sept. 11, in which New York Mets Hall of Fame catcher Mike Piazza lifted a struggling city with his “healing power of swing.”

Local basketball products Justin Champagnie and Jose Alvarado are living out their hoop dreams in the NBA for the Toronto Raptors and New Orleans Pelicans, respectively. On the baseball diamond, St. Thomas Aquinas, Flatlands, brothers Josh and Richie Palacios turned in solid performances, with Josh making his MLB debut for the Toronto Blue Jays and Richie knocking on the door with the Cleveland Guardians. 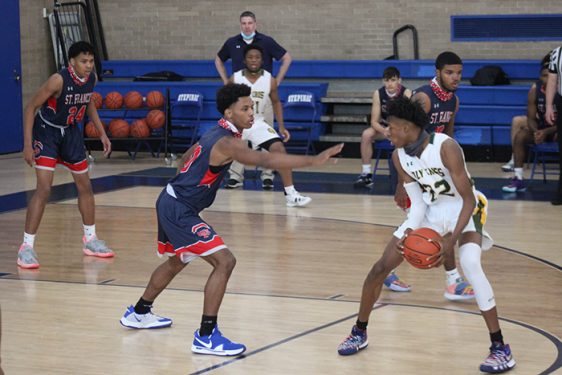 Over the summer, New York Yankees shortstop Derek Jeter earned his induction into the Baseball Hall of Fame after the ceremony itself was pushed back a year. When we left off in 2020, Brooklyn Dodgers legend Gil Hodges was set to be on the Golden Days Era Committee ballot, yet that too was postponed a year due to COVID-19.

Hodges did receive the honor of being inducted into the New York State Baseball Hall of Fame in August, yet of course we were all holding out for the official Cooperstown vote in December.

On Dec. 5, in his 35th appearance on a ballot more than 52 years since his name first appeared, Brooklyn’s adopted beloved son Gilbert Ray Hodges was finally elected to Baseball’s Hall of Fame, which easily turned in to the most notable diocesan sports event of the year.

“This Hall of Fame announcement was the greatest thing for my mother that has taken place in decades,” said Gil Hodges Jr. about his 95-year-old mother Joan. “I’m just so happy that she was here and with us to see this because that was more important than anything.”

The 2022 Hall of Fame induction ceremony takes place on Sunday, July 24, 2022 in Cooperstown, as we’ll celebrate the former parishioner at Our Lady Help of Christians, Midwood, with an honor that should have come a long time ago. Now we’re in search of another cause to rally around for decades as the calendar shifts to another year.

As we say goodbye to 2021, we remember those sports figures we lost, commemorate the sports moments we were able to enjoy, and realize what sports truly mean to the fabric of our diocese.

Let’s continue to hope and pray that 2022 brings us more sports joy. Let’s also hope that the MLB lockout ends and that the Mets win the World Series.