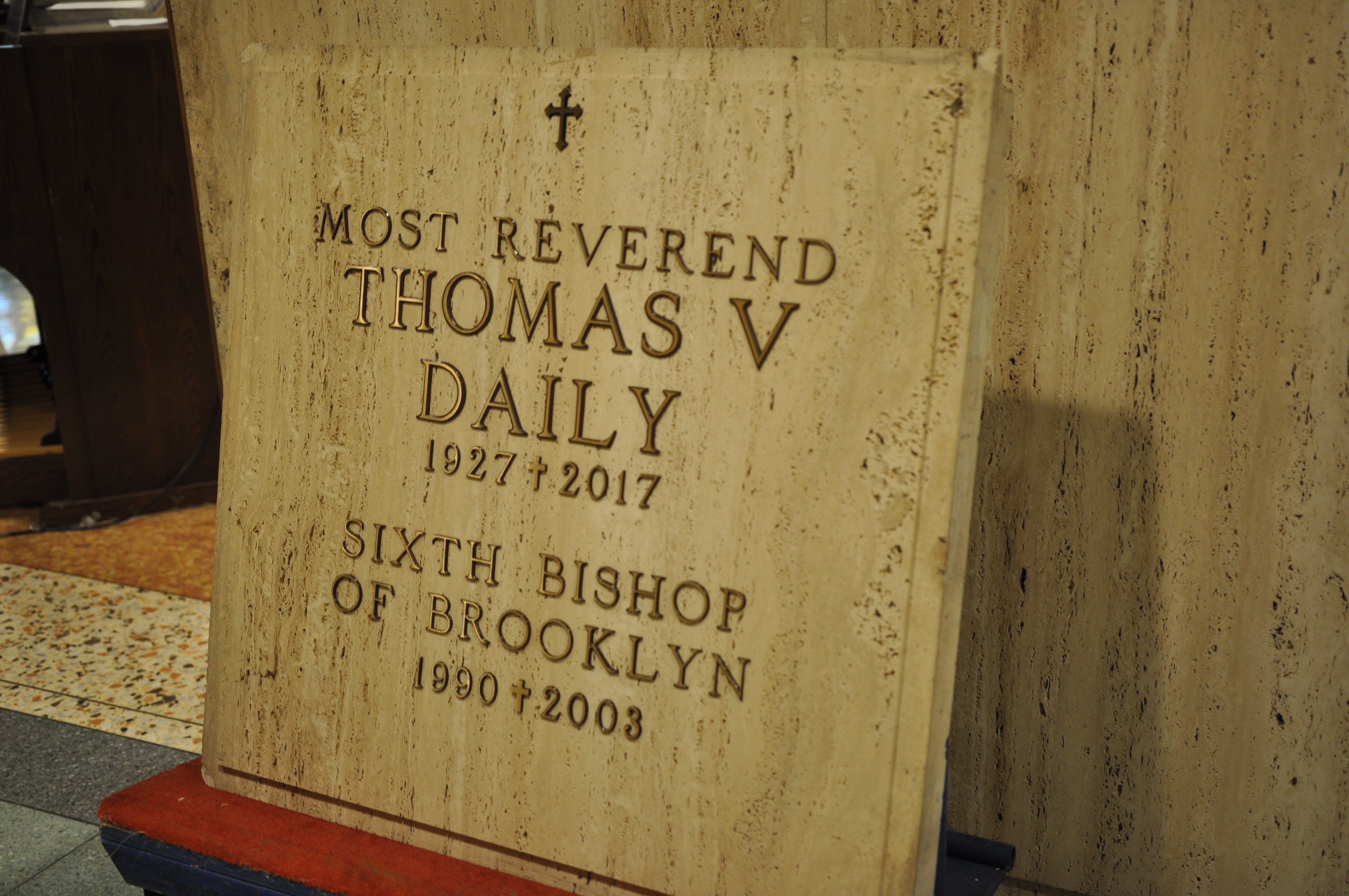 When Bishop Thomas V. Daily retired in 2003 because of age limitations, he moved to Bishop Mugavero Residence, part of the Immaculate Conception Center in Douglaston.

“He took an interest in people. He was a simple man but he had a great love for all people and especially a reverence and devotion for the Eucharist,” recalled Deacon Stan Galazin, director, Immaculate Conception Center.

Edward Stuthmann, long-time maintenance man at the center, said Bishop Daily “was real person, a regular guy. He was kind and generous. He would always stop and talk to you, not push you away. I remember once a lady called him monsignor. She apologized when she found out he was a bishop and he said ‘Don’t worry, I’m a priest before anything else.’”

Brendon Harfmann, a former resident at Cathedral Seminary House of Formation, and now studying at St. Joseph’s Seminary, Dunwoodie, had the privilege of being one of the servers at the funeral Mass.

“I first met him here at Douglaston when I arrived,” said Harfmann. “Some classmates and I walked into the chapel and the bishop was there but he was asleep. He woke up and said there was no better place to be asleep than in the presence of the Blessed Sacrament.

“He was a giant in the building here. He brightened up every room and everyone wanted to say hello to him. Whether he was sitting, praying or just watching the people in a room, his presence was great. Even his silent presence was incredible.”

The first-year theologian recalled how at a seminarians’ Christmas party, “he wanted to sing Silent Night. We have videos of him singing for us. He was always so enthusiastic singing and being with us. I look back now and wish I knew him more.”

Msgr. Steven J. Aguggia, judicial vicar at the Tribunal in Douglaston, added, “It was sad to see him decline in recent years but he was a vibrant person. He was always someone that was looked up to as a spiritual leader. He had a true missionary heart and a great love for God’s people.”

Father Daniel Kingsley, another former resident of the House of Formation and now a parochial vicar at St. Martin de Porres, Bedford-Stuyvesant, said, “For the seminarians, he was about being paternal, praying, persevering and encouraging us to pray the rosary and staying faithful to the Mass. His sense of genuine warmth encouraged us to delve deep into our faith.”