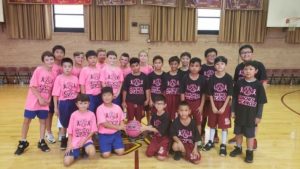 The young athletes wore pink and black T-shirts to show their support, and pink basketballs were used in all games. All proceeds benefited the Coaches vs. Cancer Foundation.

“To see everyone join together to enthusiastically support such an important cause is very moving,” said St. Adalbert basketball director Lou Pagnotta. “Just simply reflective of how many great people we have in the CYO family!”

Queens Deanery No. 5 celebrated a special Mass on Oct. 19 at Our Lady of the Blessed Sacrament, Bayside, to ring in the start of a new Catholic Youth Organization season. The young athletes were joined by parents, coaches, aides and volunteers to pray for a fun and safe sports season.

The St. Joseph’s College Brooklyn, Clinton Hill, women’s volleyball team rallied around the cause for Breast Cancer Awareness Month. As part of its Dig Pink fundraiser, the team raised over $2,000 for breast cancer research. 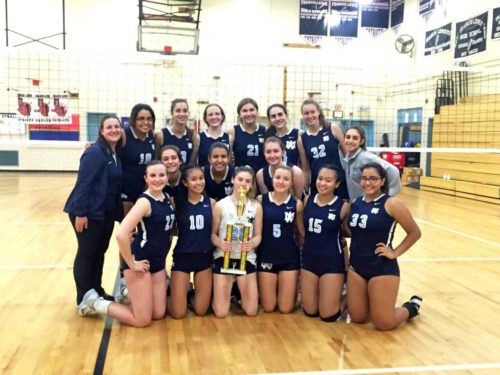