The St. Francis College, Brooklyn Heights, men’s volleyball team has been unanimously approved to join the Eastern Intercollegiate Volleyball Association (EIVA). The Terriers are set to officially join the EIVA in the 2021-2022 academic year and will become the conference’s ninth member. In its inaugural season, St. Francis posted a 5-10 record before play was held up around the country due to COVID-19.

St. John’s University, Jamaica, student-athletes participated in 1,665 hours of community service this past year, ranking 36th among all NCAA Division I schools, according to official NCAA volunteer management platform Helper Helper. Women’s track and field and cross-country led the Red Storm’s volunteer efforts after placing eighth out of all Division I track and field programs with 644 hours of community service completed. 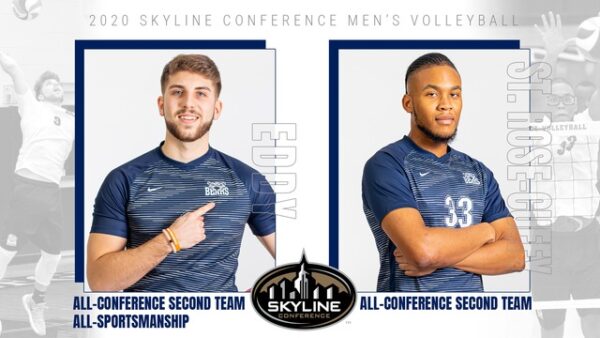 The pair shared the team lead in kills with 69 each as they led the Bears to a pair of conference wins and a 4-9 record in an abbreviated 2020 season.

Eddy was also named to the Skyline’s All-Sportsmanship Team.