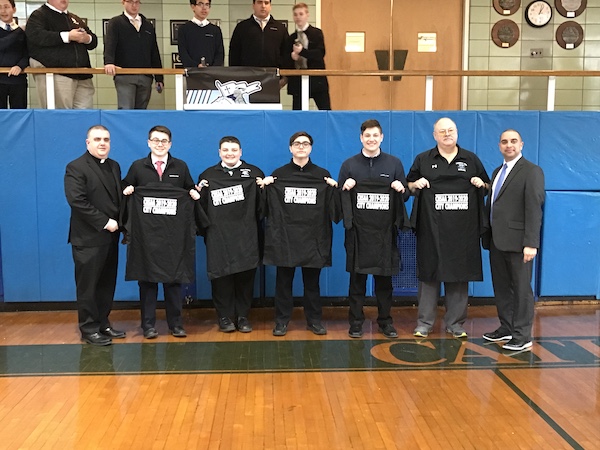 Cathedral Prep and Seminary, Elmhurst, held a special banner presentation in the school’s gymnasium to honor this year’s CHSAA league and city championship-winning varsity bowling team. This year’s team was made up of juniors Joseph Ambrosino and Anthony Mastroianni and seniors Anthony Ciappetta and Matthew Sacktig – all of whom received commemorative T-shirts to recognize their accomplishments. Mastroianni was named league MVP, and he and Sacktig qualified for the state championship. 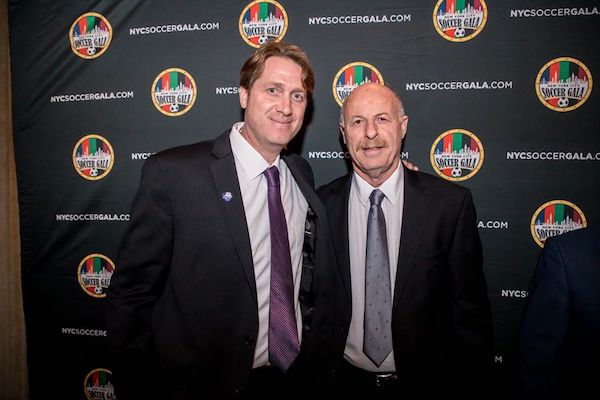 Phil LaSpisa, a 1976 graduate of St. Francis College, Brooklyn Heights, was honored at the seventh annual New York City Soccer Gala at the New York Athletic Club. LaSpisa had a decorated career as a midfielder on the Terriers men’s soccer team. He was named an All-American in 1974 – the same year he helped lead the team to its first-ever NCAA Tournament appearance.

Kelly O’Donnell, a junior guard on the St. Joseph’s College Brooklyn, Clinton Hill, women’s basketball team was named to the D3hoops.com All-Atlantic Region First Team. A graduate of St. Edmund Prep H.S., Sheepshead Bay, O’Donnell is the only student-athlete in program history to receive first-team honors after landing on the second team last season. She averaged 21.8 points and 10.0 rebounds per game this season.