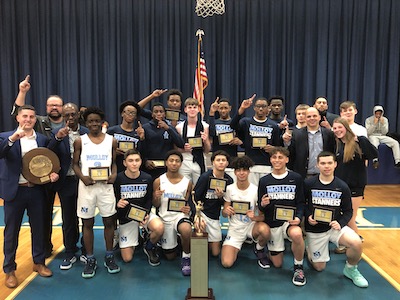 In what will likely be the final game played for a while, the Pee-Wee boys’ Catholic Youth Organization team from St. Andrew Avellino, Flushing, completed an undefeated season by winning this year’s diocesan championship – defeating St. Luke, Whitestone, 27-20 in the finals. The game was played the week before the other scheduled championship games, which were all canceled. Special congratulations to the team’s head coach Phil McBride, who earned his first diocesan title in 51 years coaching CYO. 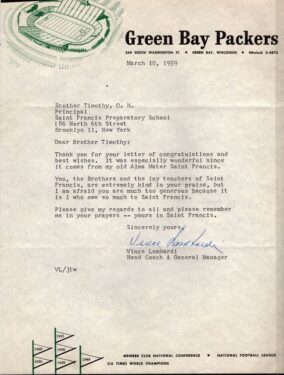 The St. Francis Prep, Fresh Meadows, alumni department discovered this old letter sent by famed Green Bay Packers coach Vince Lombardi to the school in 1959. Lombardi played football at the Prep and graduated in 1933. He led the Packers to five NFL championships, including victories in the first two Super Bowls.