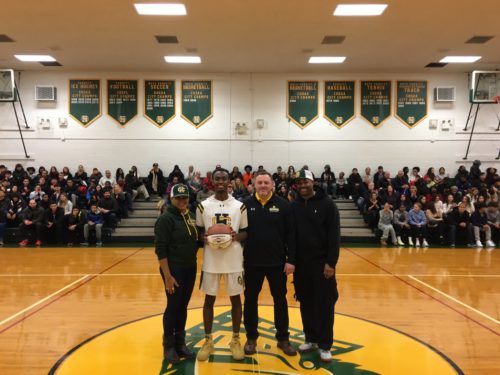 John Woods, a U.S. Army veteran who coached varsity basketball and baseball at Xaverian H.S., Bay Ridge, for 38 years, died on Feb. 1 at the age of 84. He was a member of the Xaverian and CHSAA Halls of Fame. A funeral Mass was held Feb. 3 at St. Andrew the Apostle, Bay Ridge. 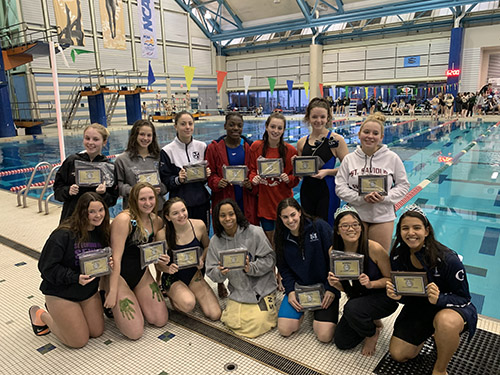 The GCHSAA named its All-League for girls’ high school swimming. The following student-athletes received the nod:

The St. Joseph’s College Brooklyn, Clinton Hill, women’s basketball team has joined hundreds of players, coaches and fans across the country in raising money for cancer research by participating in the Play4Kay National Free Throw Challenge.

The team is securing pledges for every free throw made during games played in February or flat donations through the end of the month. Fans can make their pledges and donations at http://SJCBears.com/Play4Kay.

All proceeds will benefit the Kay Yow Cancer Fund. Yow was the head coach of the North Carolina State women’s basketball team from 1975 to 2009. A member of the Naismith Memorial Basketball Hall of Fame, she amassed more than 700 wins in her career. She was diagnosed with breast cancer in 1987 yet continued to coach until her death in January 2009.