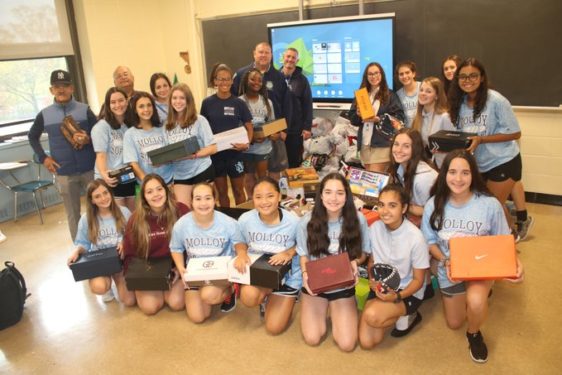 On Nov. 20, St. Joseph’s College Brooklyn, Clinton, women’s basketball standout Kelly O’Donnell became the 11th student-athlete in program history to score 1,000 career points. The graduate of St. Edmund Prep H.S., Sheepshead Bay, accomplished the feat as a junior and in the fewest number of games of any player in Bears’ history. 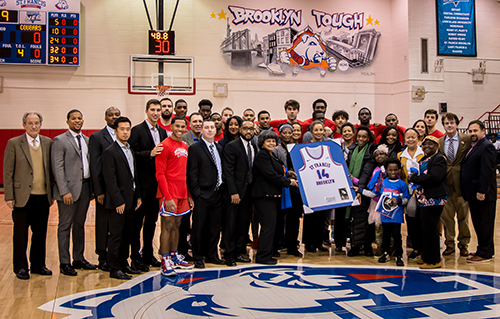 A true trailblazer, Bough was the first African-African to play on the men’s basketball team, paving the way for scores of student-athletes to suit up for the Terriers. His family was on hand to receive a special plaque and a framed No. 14 jersey.

Bough graduated St. Francis with degrees in philosophy and psychology. He established a life in Switzerland as a trainer and basketball coach. He died in 2008 at age 87. 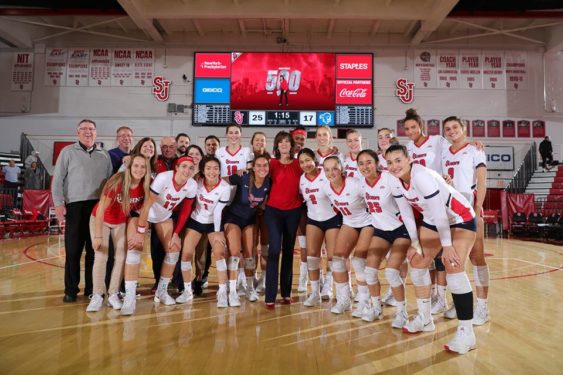 Joanne Persico, the head women’s volleyball coach at St. John’s University, Jamaica, notched her 500th career victory on Nov. 15 with a straight-set win over Seton Hall University, South Orange, N.J. Persico is a 1984 graduate of St. Francis Prep, Fresh Meadows, and a member of the school’s Hall of Fame and Red & Blue Ring of Honor.

Despite treacherous weather conditions and a fall early on in the race, Gallagher battled back for her best mark of the season in the women’s 6K race with a time of 23:14.7. The Biology major also clipped her Big East Conference championship meet time of 25:31.1 by over two minutes.