The Cathedral Prep and Seminary, Elmhurst, community mourns the loss of John Fogarty, who served as a teacher, coach and athletic director at the school from 1991-1999. He was inducted into Cathedral’s Hall of Fame in 2006.

The St. Francis College, Brooklyn Heights, men’s basketball opening game on Dec. 8 marked the first collegiate or professional sporting event held in the borough of Brooklyn since the Atlantic 10 canceled its tournament at Barclays Center on March 12. The Terriers dropped the opening contest, 101-82, to Bryant University, Smithfield, R.I. 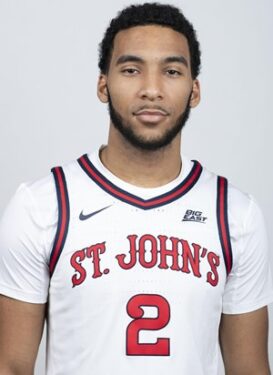 St. John’s University, Jamaica, men’s basketball sophomore Julian Champagnie is off to a roaring start for the Johnnies. The 6-foot, 8-inch graduate of Bishop Loughlin H.S., Fort Greene, averaged 22.0 points and 7.0 rebounds in his first four games this season.

With continued uncertainty surrounding the spread of the COVID-19 pandemic, St. Joseph’s College has decided to suspend intercollegiate athletic competition on both the Brooklyn and Long Island campuses for the winter 2020-21 athletic season. The suspension of play applies to SJC Brooklyn’s men’s basketball, women’s basketball and women’s swimming teams.