The CHSAA and GCHSAA squared off against their counterparts in the Public Schools Athletic League (PSAL) during the annual N.Y.C. Mayor’s Cup soccer matches played Nov. 18 at Belson Stadium on the campus of St. John’s University, Jamaica.

The matches bring together the top high school soccer players in a quest to be crowned “Best in the City.”

The CHSAA boys’ team dropped a 3-0 match to the PSAL. In the girls’ match, the PSAL came away with a 2-1 win over the GCHSAA in double overtime.

The squad knocked off Brown University, Providence, R.I., 13-9 in the consolation game. The Terriers dropped a 9-7 contest to Princeton University, N.J., in the tournament semifinals. 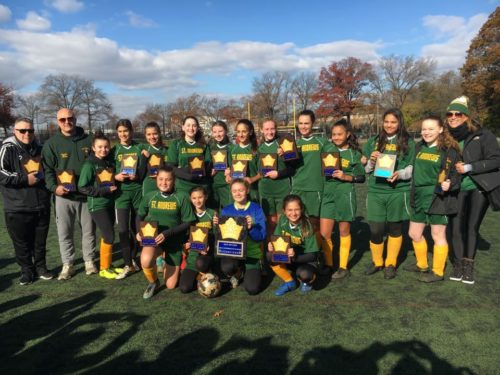