Anderson spent the last eight seasons at the University of Arkansas, Fayetteville. During his tenure, the Razorbacks earned berths to the NCAA Tournament three times and reached the second round twice.

For his career, Anderson has amassed a record of 369-200, which equates to a .649 winning percentage. He is one of just four active Division I head coaches with more than 15 years of experience to never have a losing season, joining Mark Few, Tom Izzo and Roy Williams.

In Mullin’s final season, the Red Storm finished 21-13 and earned a berth to the NCAA Tournament play-in game where they lost to the Arizona State University, Tempe.

The Catholic Youth Organization (CYO) of Brooklyn and Queens will host its annual Hall of Fame Mass, Dinner and Induction ceremony on Friday, May 31 at the Immaculate Conception Center, Douglaston.

A 6 p.m. Mass will be celebrated by Auxiliary Bishop Witold Mroziewski, with a cocktail hour, dinner and award ceremony to follow.

The CYO Hall of Fame recognizes individuals that have made significant contributions to the diocesan organization as a player, coach, clergy member, coordinator, official, parish representative, athletic director or other member of the community. The Class of 2019 includes:

Table and seat reservations may be placed by calling or emailing Annmarie Creighton at the CYO office: acreighton@diobrook.orgor 718-281-9548.

History was made at St. Saviour H.S., Park Slope, as senior basketball player Allison Ryan took part in the school’s first-ever National Signing Day. Ryan, a guard, signed her letter of intent to continue her hoops career at St. Joseph’s College Brooklyn, Clinton Hill, this fall. After attending St. Mark Catholic Academy, Sheepshead Bay, Ryan became a two-time Tablet All-Star playing for the Pandas. As a senior, she averaged 5.0 pts. and 5.0 assists per game and was a team leader on the court. 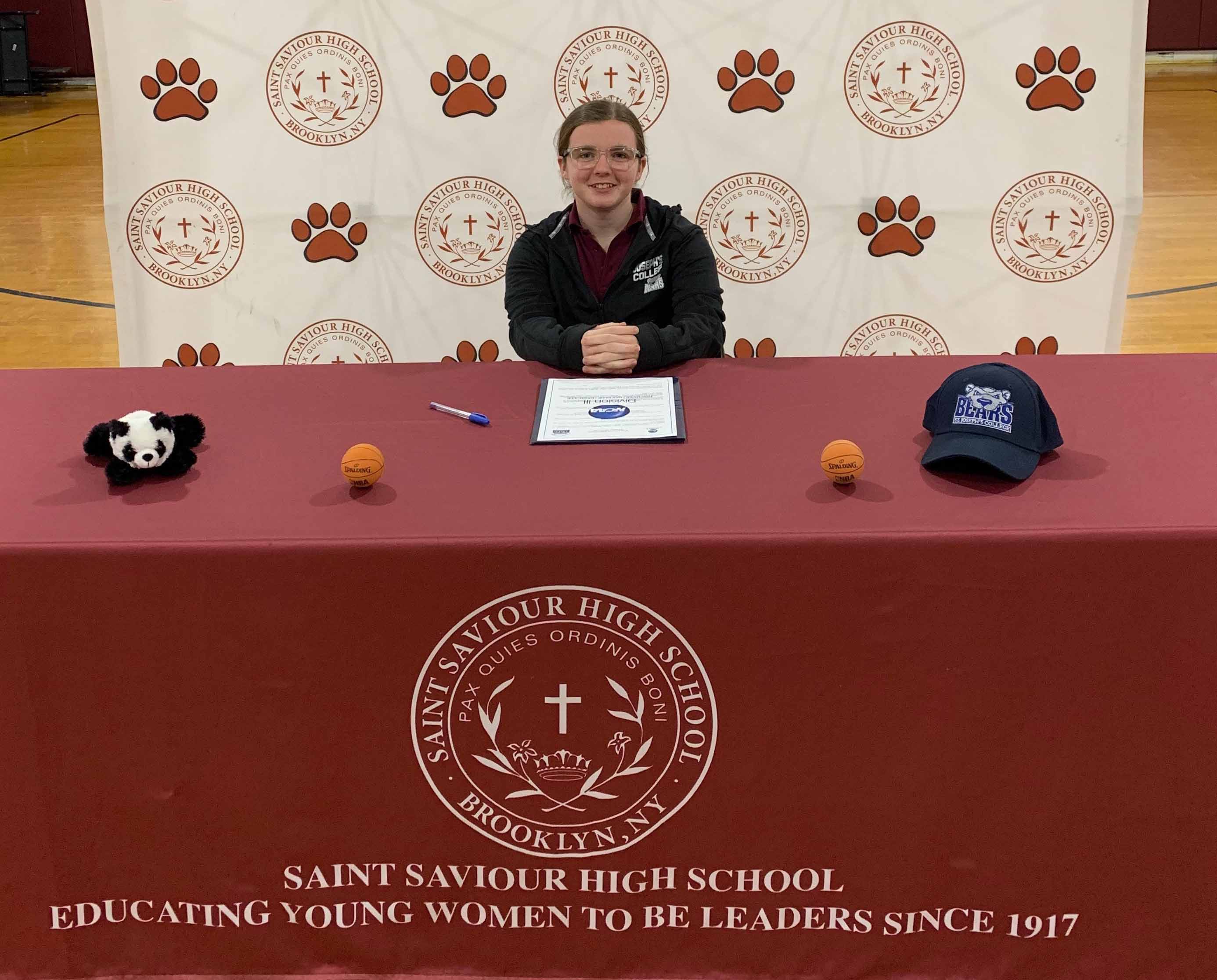