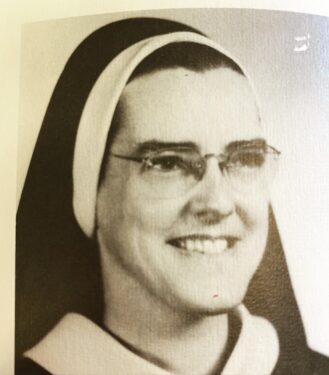 Sister Mary Laboure Partridge, R.S.M., a member of the Sisters of Mercy, Mid-Atlantic Community, for 73 years, died on April 10, at McAuley Hall Health Care Center in Watchung, NJ. She was 91.

Sister Mary entered the Sisters of Mercy Novitiate in Syosset in February 1947, and professed her final vows in September 1952.

She received a BS in Elementary Education and an MLS in Library Science from St. John’s University and an MS in Media Specialist from the University of South Dakota.

Her burial was in St. Charles Cemetery, Farmingdale.