Four varsity baseball players at Msgr. McClancy H.S., East Elmhurst, signed national letters of intent during a special ceremony Nov. 10 at the school to announce where they would be continuing their careers in college. 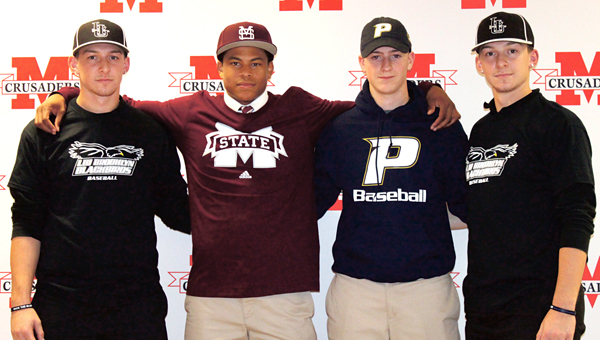 “Very rarely do you get one player or two players, but today we have four,” said McClancy head varsity coach Nick Melito. “It’s a real exciting time for our program and for our school.”

Holmes, the team’s center fielder and the only four-year varsity player during Melito’s coaching career, is heading to Mississippi State University, Starkville, Miss. He is a team captain and a three-time Tablet All-Star.

The left-handed pitcher Demma signed on to pitch at Pace University, Pleasantville, N.Y.