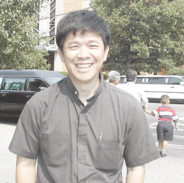 Father Phi Phu Ho, C.S.J.B., a priest of the Congregation of St. John the Baptist who was pastor of St. John Vianney, Flushing, died on Sept. 23 at Calvary Hospital in the Bronx. He was 53.

Born in Vietnam in 1965 and ordained to the priesthood in 1995, Father Ho had served in the Diocese of Brooklyn at St. John Vianney since 2006. He was also diocesan coordinator of the Queens Chinese Apostolate.

Father Ho’s funeral Mass was scheduled for Sept. 28 at St. John Vianney Parish. Bishop Nicholas DiMarzio was scheduled to be the main celebrant, and Father Brian Dowd, pastor of Queen of Angels Parish, Sunnyside, the homilist.

A vigil Mass was scheduled for Sept. 27, also at St. John Vianney. Auxiliary Bishop Raymond Chappetto was the celebrant, and Bishop Joseph Nguyen of the Diocese of Kamloops, British Columbia, was the homilist.

Father Ho’s burial was at Gate of Heaven Cemetery in Hawthorne, N.Y.