Palms in the shape of crosses were placed at 163 graves of diocesan priests who are buried in the priests’ plot at St. John’s Cemetery, Middle Village.

The project, that celebrated the memory of Bishop Catanello and his love for his fellow priests and the priesthood, was the work of the Bishop Ignatius A. Catanello Memorial Organization Captains Committee.  It was spearheaded by attorney Angelo A. DiGangi who was recently honored at the Bishop Catanello Scholarship Dinner at Immaculate Conception Center, Douglaston.

The chairman of the event was Anthony “Tony Flowers” Sparacino, proprietor of Father and Son Florist, Forest Hills.

Father Frank Passenant, administrator of Our Lady Queen of Martyrs parish, Forest Hills, blessed the palms during a ceremony at the site.

“Iggy loved every moment of his being a priest. He was so proud of the priests he served with,” explained Sparacino.

For Father Passenant and Sparacino, the collaboration was the result of their 40 years of friendship. They met during the priest’s first assignment  in Blessed Sacrament parish, Cypress Hills. Sparacino said he as particularly touched by Father Passenant’s invocation of St. John Vianney, the patron saint of parish priests.  A statue of the saint sits in the middle of the circle of priests’ graves.

Father Frank, who just celebrated his 40th anniversary as a priest, walked among the graves during the ceremony, sharing his memories of those being honored.

At the ceremony’s conclusion, Sparacino reported that the Bishop Catanello Captains Committee is already working on its next charitable venture. It is to support Sister Tesa Fitzgerald, C.S.J., and her work as the Executive Director of Hour Children.

The organization provides practical, comprehensive services to incarcerated and formerly incarcerated women and their families, including housing for the mothers and their young children. Russo said replans a fundraiser for Hour Children later this year to further honor the bishop’s memory and his fondness for the cause. 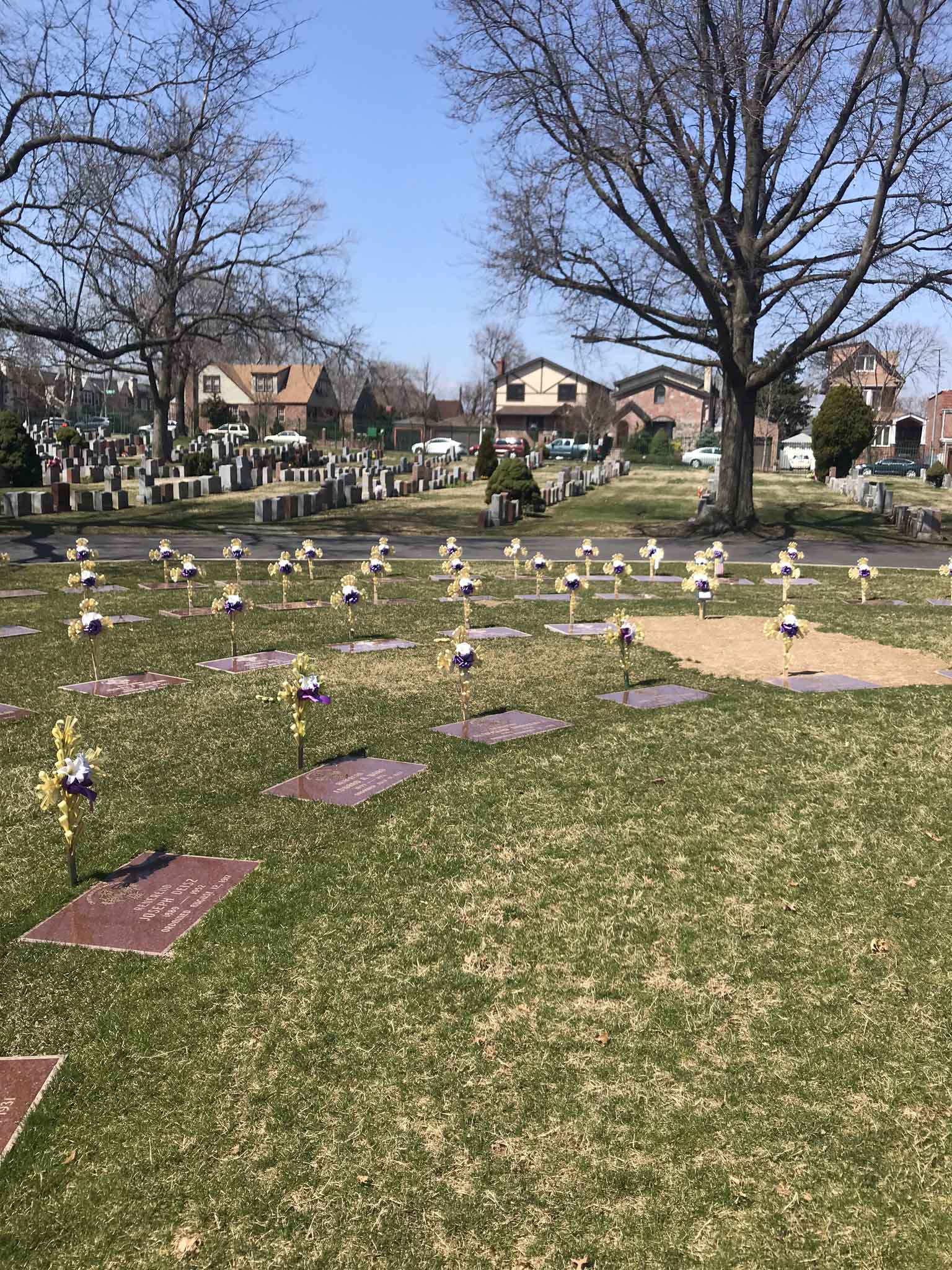